During the Term 3 senior exams the international students who are not doing NCEA enjoyed 3 days of outings around Dunedin and Otago.

The Monarch and Penguin Place

On the first trip we went out on the Monarch and visited Penguin Place. We were very lucky that the harbour was unusually calm and even though there was a lack of wind we were lucky enough to see one albatross flying, making several passes by the boat to try to get the height it needed to get over the headland and land on its nest to feed its very large chick which was almost ready to leave the nest. We could see many of the young albatrosses sitting on their nests, stretching their wings to get ready to leave which several did the following day. We also got quite close to several seal pups on the rocky shore who were just as curious to see us. At Penguin Place, after a very informative video, we saw two young yellow eyed penguins on the track as well as two in a nesting box.

We left school bright and early at 9am and travelled to Moeraki. The students enjoyed a walk on an almost deserted beach to see the fascinating Moeraki Boulders. After enjoying a very welcome hot chocolate and a visit to the shop we continued our journey to Oamaru. Our guide, Mark, drove through the Victorian Quarter and explained some of the history to us. After visiting the wonderful bakery the students enjoyed lunch next to the harbour. Our last stop was the Riverstone Castle for a quick photo opportunity before returning home.

The final trip was to the Albatross Centre. We began the tour with an interesting video and then went to the viewing room where we could get a good view of a couple of younger chicks who were not quite ready to leave. We then had a tour of the disappearing gun and little army museum attached to it. After that we went down to Pilot’s Beach were we saw a seal in the water and one basking on the rocks.

The students all enjoyed the trips which gave them a great opportunity to view the wildlife that makes its home in the environs of Dunedin. 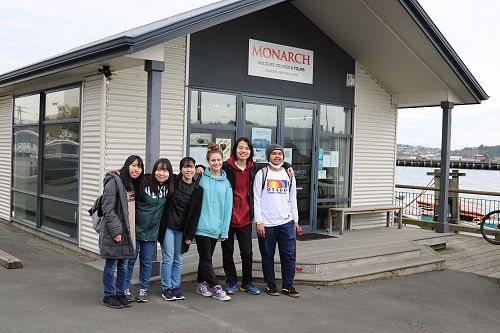 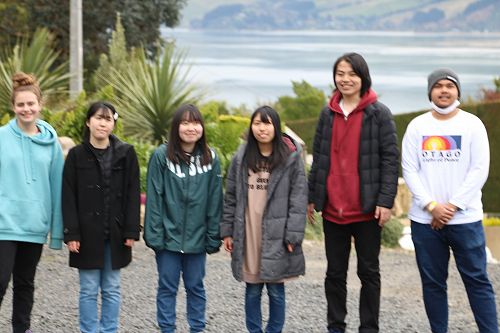 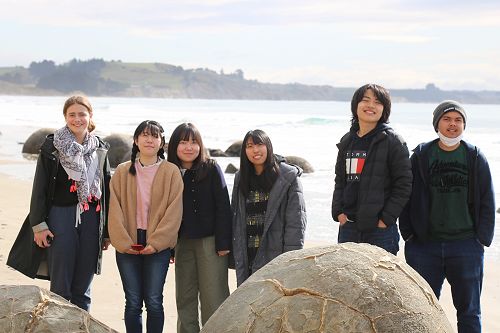 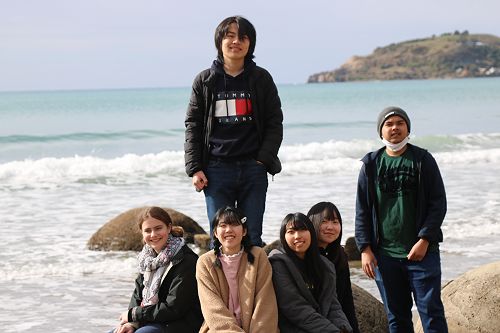