Student Sports Council have been very busy since March organising and running inter house competitions that have been a great success.

The term got off to a rocky start when the lockdown put a halt on many physical activities including the weekly dodgeball competition. Luckily the Sports Prefects and Sports Council were able to kick into gear and set up an isolation challenge where you could earn House points from home. This event was a success, with Omimi taking the lead in the most minutes of exercise. The individual winners received prizes once school was back in motion.

The Sports Prefects came up with some fun short events in an attempt to get the school active and participating after such a long time without social connection.

We started with the dodgeball finals carried on from term one. Aoraki won in an intense final against Omimi followed by an interesting game between teachers and year 13s: teachers won.

Next we experimented with a new House competition that wouldn't be based on skill or ability but instead the enthusiasm to participate. We set up a series of Just Dance videos on the big projector in the gym and had people write their names down on a sheet to earn a participation point. We were ecstatic with the flood of people wanting to join in and the energy of the room was contagious.

To finish the term we ran non competitive volleyball for two Fridays. This was purely for fun; we removed the interhouse element so that anyone could play with anyone and there was no pressure on the outcome. The first week was energetic and a lot of fun, but we hadn't prepared for the overflow of keen players that came along. By the next week we had refined our rules and strategies to run things smoother. That session was also a success, with students having an opportunity to show their volleyball skills after the season had been cut short at the start of the year.

As a whole, the Sports Council has been having fun working together and experimenting with activities that anyone can enjoy. We are looking forward to running interhouse futsal as soon as term three starts.   - Mae Rose-Wills

Student Sports Council have been very busy since March. They started an Interhouse Dodgeball competition in early March. Due to lockdown this competition was finished in early June with Aoraki taking out the competition. Staff joined with students after the final between Aoraki and Omimi to have a fun game. During lockdown they ran a school wide Isolation station competition where students could log their daily physical activity. We had individual winners who were awarded prizes and the overall House with most hours of physical activity was Omimi. 1st Matthew Cowles, 2nd Arlo Hill, 3rd Taya Kain. Year group winners were: Yr 9 Lauren Davey, Yr 10 Taya Kain, Yr 11 Naomi Jutel, Yr 12 Sam Hulbe Pulver, Yr 13 Matthew Cowles. Most Creative activity -Hannah Hogan (Yr 9)

This years Student Sport's Council has excelled in creating fun lunchtime activities that are not just about House competitions. Our head boy Amasio Jutel has been the energetic emcee of these events. After each Dodgeball game students in the gym would play Yr 13's vs the rest. Lots of fun was had.

Other activities in the month of June have been a highly successful and fun "Just Dance" lunchtime and two weeks of volleyball where students could just come along and play. Each week six teams were formed with the emphasis on participation and fun. Check out the videos and photos.    - Frankie Vella 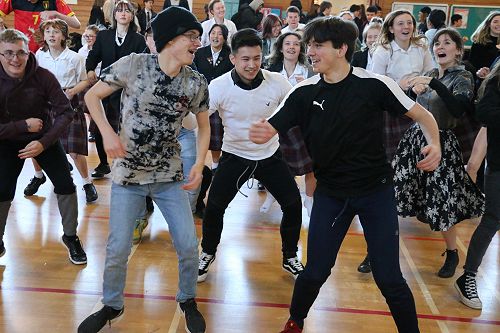 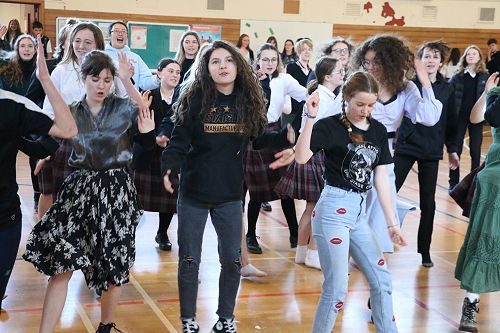 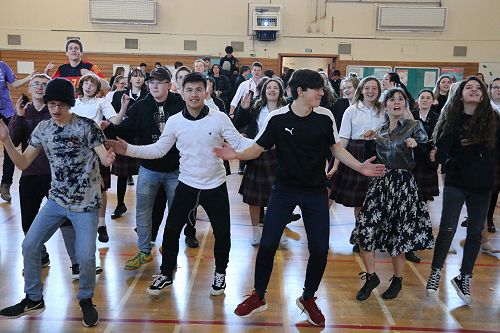 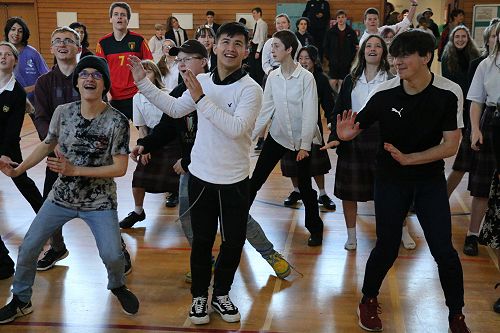 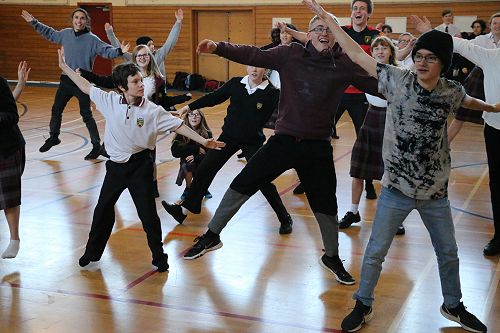 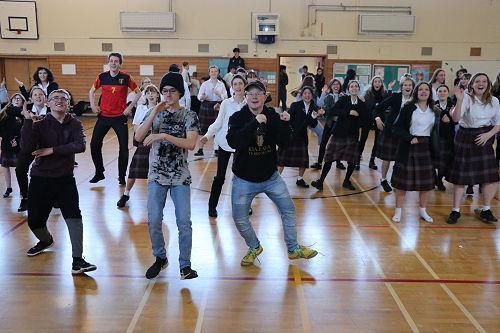 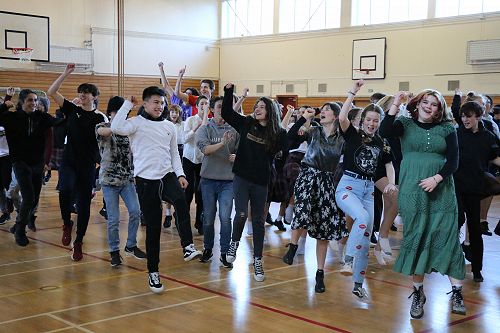 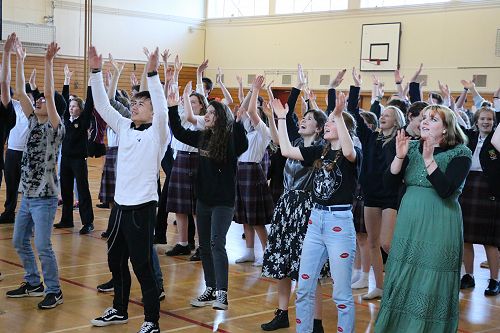 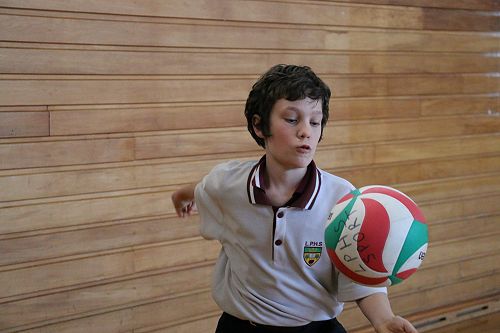 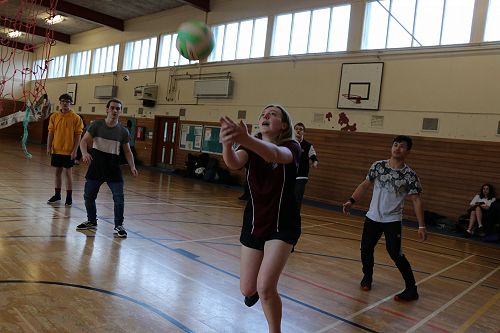 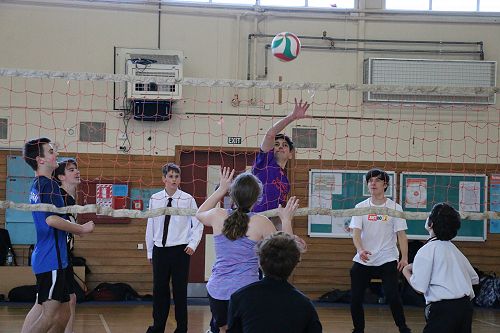 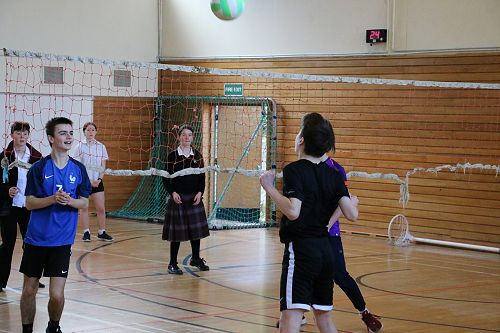 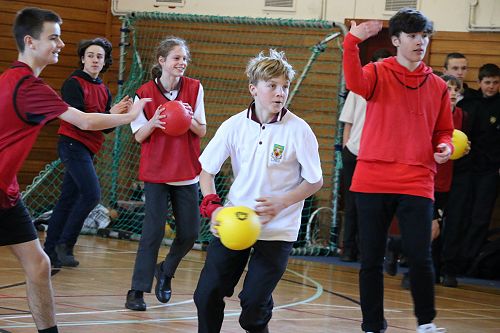 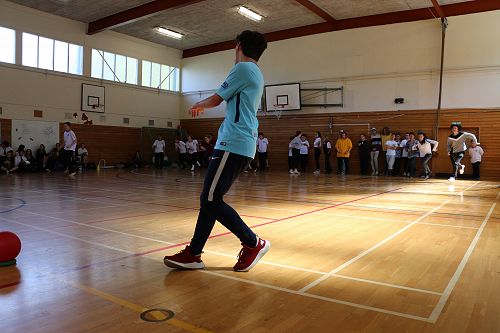 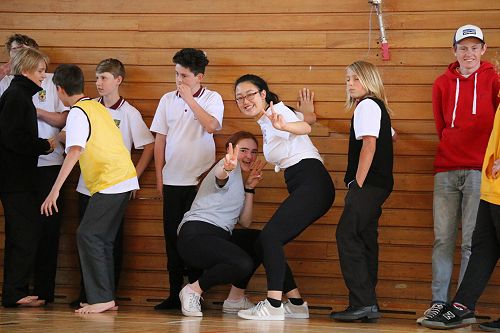 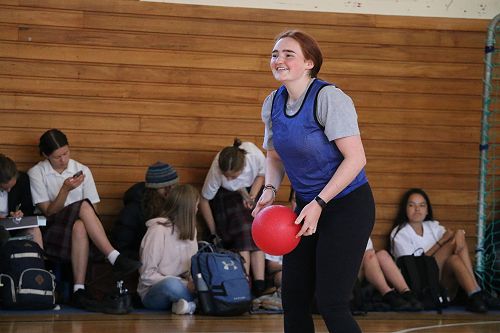 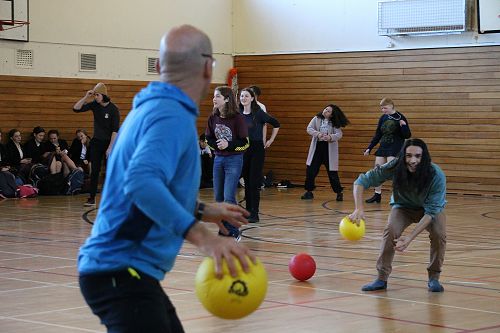 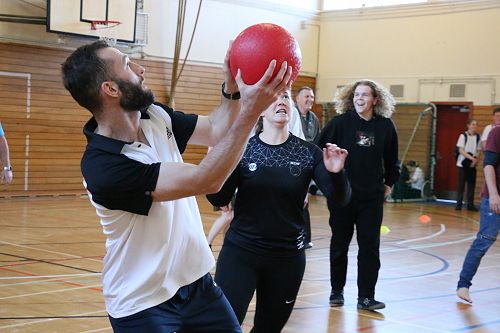 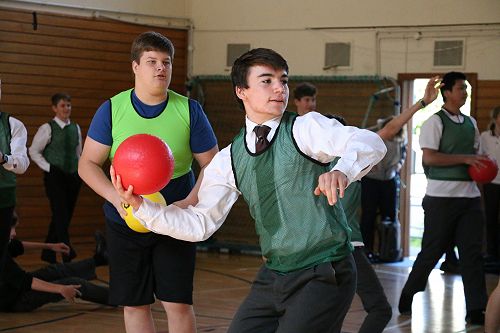 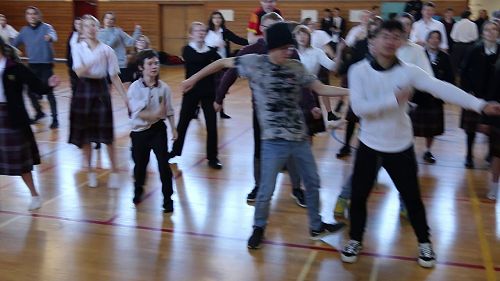 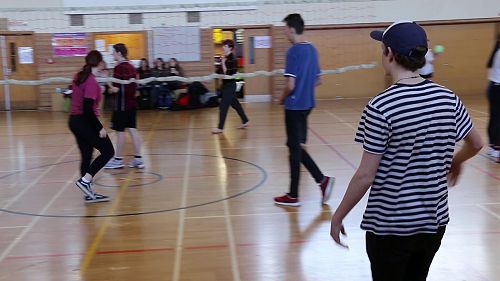