Congratulations to Bill Campbell, Megan Macdiarmid, Alexander Sun and Paxton Hall who have all scored the TOP marks in New Zealand in ICAS exams and University competitions.

Bill Campbell Yr 10 received the highest score in New Zealand in Digital Technology in ICAS assessments. Bill also has won national robotics titles in RoboCup competitions in the past 2 years.

Alexander Sun Yr 9 received the highest mark in a national Yr 9 Maths competition run by the University of Canterbury. 400 schools throughout NZ contest this competition with their top mathematicians.

Megan Macdiarmid Yr 11 received the highest score in New Zealand in English in ICAS assessments. Megan has also been accepted into the New York Academy of Sciences Junior Academy. Their mission is to drive innovative solutions to society's challenges by advancing scientific research, education and policy. They have a variety of STEM education programmes which are global talent identification networks and their purpose is to prepare the next generation of innovators. Megan will collaborate with nearly 3000 students from 94 countries on virtual challenges.

The Otago Daily Times covered the 3 students above before we were notified about Paxton's success.

Paxton Hall Yr 11 received the highest score in New Zealand in ICAS Writing. Paxton also achieved the top score in Yr 9 ICAS several years ago. This year Paxton was selected to attend the Loyola Marymount University in America in July.

He attended the John Hopkins Centre for Talented Youth where he completed a university level paper on Probability and Game Theory.

Congratulations to all four students for their outstanding successes.

An insatiable hunger for knowledge has been rewarded with top marks in national examinations for three Logan Park High School pupils.

This week, year 10 pupil Bill Campbell learned he received the highest score in New Zealand for the International Competitions and Assessments for Schools (ICAS) digital technology exam, and year 11 pupil Megan Macdiarmid gained the top mark in the country for the ICAS English exam.

The top maths pupils in about 400 schools across the country participate in the competition.

The trio were delighted, but somewhat surprised by their academic success.

"I thought I had done well in the exam, but I missed a few questions, so I didn't expect to be top in New Zealand," Alexander said.

"They motivate themselves and they are genuinely excited about coming to school each day, because they want to learn new stuff.

Bill has won national robotics titles in RoboCup competitions for the past two years.

Megan was recently accepted into the New York Academy of Sciences Junior Academy which encourages young people to come up with innovative solutions to society's challenges by advancing scientific research, education and policy.

And Alexander is studying NCEA level 1 maths this year - something normally done by year 11 pupils.

The trio said the secret to their academic success was to feed their curiosity.

If they want to know how something works, or how to do something, they research it.

And when it came to exams, they set aside time in their days to "absorb more information". 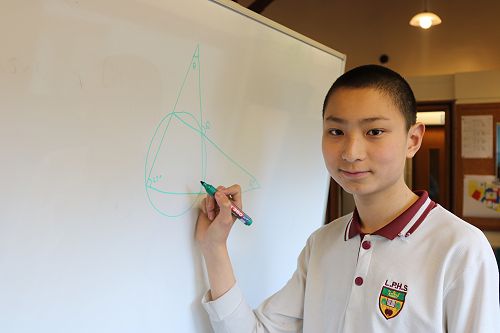 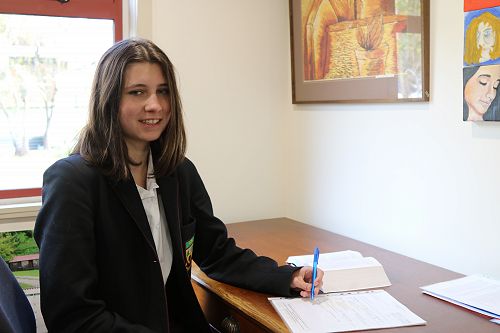 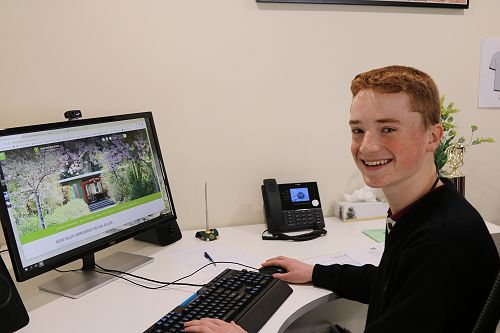