We've had three students who have been lucky enough to have the chance to take a trip on the Spirit of New Zealand sailing ship. Below are the students' accounts of their experience.

In February I flew to Christchurch to join the Spirit of New Zealand, which was travelling back to Auckland from Bluff.

We set sail from Lyttleton harbour and sailed all day and night to reach Kaikoura by 5am the next morning. Off the Kaikoura coast we spent a day whale watching and swimming with hundreds of dolphins.

Then we headed north and sailed into Queen Charlotte Sound, where we followed in the footsteps of James Cook visiting Ship’s Cove. We hiked to waterfalls in the dark and saw glow worms. During the day we rowed ashore to Anakiwa, walked to Mistletoe bay, then sailed the luggers back to the Spirit.

We prepared to end our journey by selecting voyagers to take over the main jobs on board. I was elected navigator, which enabled me to plot the route from Queen Charlotte Sound across Cook Strait and into Wellington Harbour. We were all very sad to leave the Spirit after such an amazing voyage.

Along with thirty four other students from around New Zealand, I embarked on the Spirit of New Zealand on the 23rd of June. We left on The Ten Day Youth Development Voyage (as the trip is called) on the 24th of June, from Auckland and spent the ten days sailing around the Hauraki Gulf, including out to Great Barrier Island.

I was encouraged to go on The Spirit of Adventure by a family friend who said it was a great experience, and when I asked Mr Parsons (teacher) about the possibility of going on the ship, he went out of his way to help me go on it. I heard the fancy title (Ten Day Youth Development Voyage) and thought it was just a title, but I was proved wrong.

The Spirit of New Zealand helped improve my teamwork (which is necessary when helping others to raise a sail), leadership skills (if you were in charge of raising a sail, you had to step back and confidently tell others what to do), communication skills and helped me to relate to others.

All of the crew were incredibly friendly and very happy to help you with anything, and they did their utmost to include all the trainees in every possible decision.

I thoroughly enjoyed my time on The Spirit of New Zealand, and my highlights were sailing to Great Barrier Island, honing my navigation skills, seeing dolphins, climbing the mast and Trainee Day (the final day of the Voyage, when the 35 trainees get to take control of the ship).

I highly recommend the trip, and encourage all students to think about going on it, as I will certainly be looking to go back.

The generosity of Rotary, The John Crawford Memorial Trust, Logan Park's Student Council and Logan Park High School made going on this trip a lot easier and I would like to thank all of them for their kind contribution.

On the morning of 1st October I went to the airport for my flight to Auckland for my long awaited trip on the Spirit of New Zealand as part of my leadership development program as the previous Student Representative on the Board of Trustees. After an unfortunate timing I missed my original flight and thus had to go through Christchurch instead of directly to Auckland. By sheer coincidence, on my Christchurch bound flight I was seated beside Defence Minister Gerry Brownlee. Finally I arrived in Auckland and went to the docks and there she was with all her grace; triple mast, anchored and looking even more impressive than in the photos.

I was disappointed that we didn’t set sail that day, staying the night and finally drawing anchor the next day after lunch. The face of sheer jealousy was clear in the faces of all bystanders who had wasted no time taking out their cameras and getting lots of snaps. We took the opportunity to climb the rigging and getting used to the ship as a whole. It was certainly very different in almost every way from life at home. Our sleeping quarters were 25 boys in one 3m2 room in triple bunks, just imagine the smell… To make things even more interesting, we were not allowed showers due to the shortage of water on board. However, we did have a morning swim at 6am every morning; jumping into the water from the side of the ship, I was expecting it to be much worse than it turned out to be thanks to the fact that one’s body goes perfectly numb from the shock.

The most notable highlights for me was the fourth day when we were sailing to Great Barrier Island and we caught the attention of a pod of pink dolphins who entertained us for an hour or so, swimming along the bow of the ship. As soon as someone called out “dolphins!” everyone on deck abandoned their stations, running to the foredeck. This was my lucky day as I was on the foredeck’s rigging when the dolphins came, giving me a perfect view of the whole scene. What really made the trip as great as it was though, were the people that I met; of the 50 trainees there I was the youngest but this didn’t matter at all because we were all there to have fun, learn new skills and make new friends, all of which were achieved to the fullest.

Work on the ship was also not anything to dislike either, sure it was difficult to learn the names of the hundreds of ropes, their names, their purpose, what knot to do on each and when to pull or loosen them but at the end of each operation we were filled with a sense of reward and satisfaction which made it all worth it. That’s why I can say with confidence that the period of 1st to 10th October was the best ten days of my life to date. Opportunities as great as this are seldom available so get in touch with Mr Parsons if you’d like to have a crack at one of the many journeys the ship has every year. 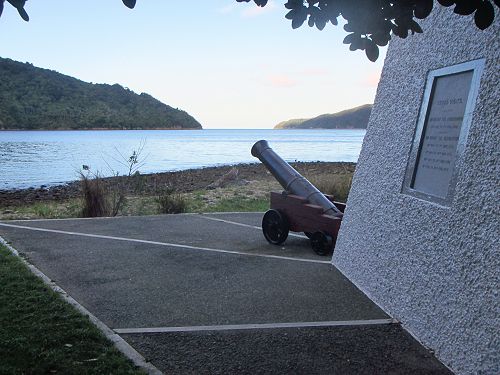 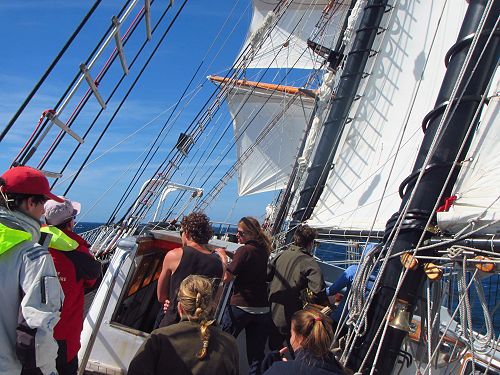 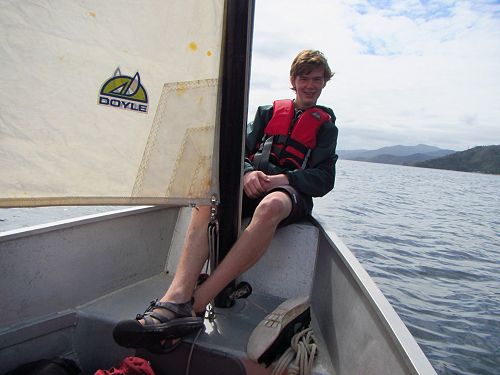 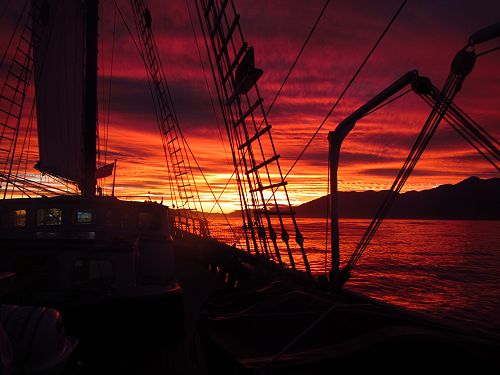 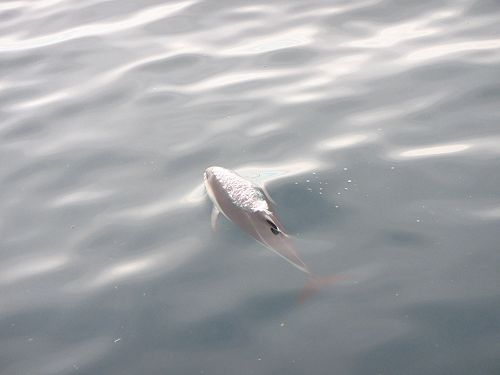 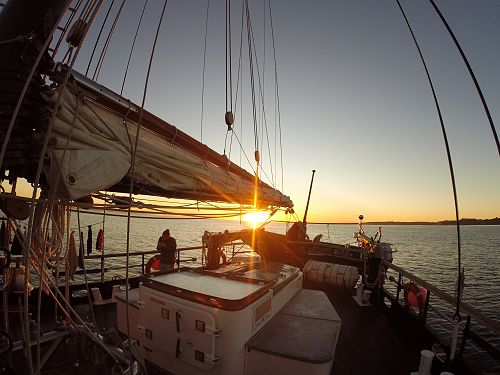 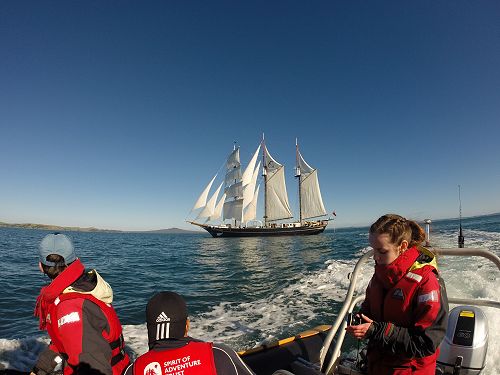 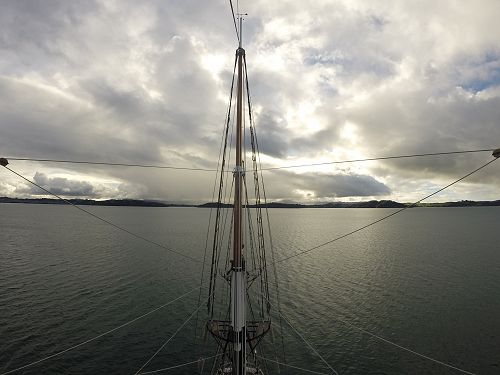 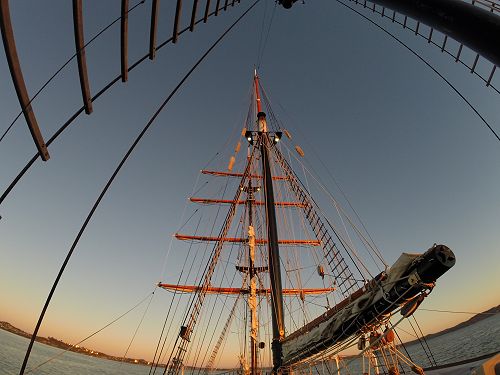 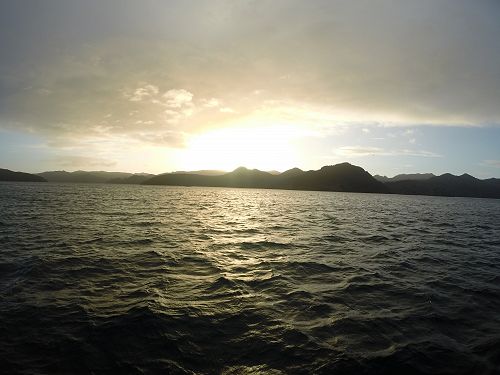 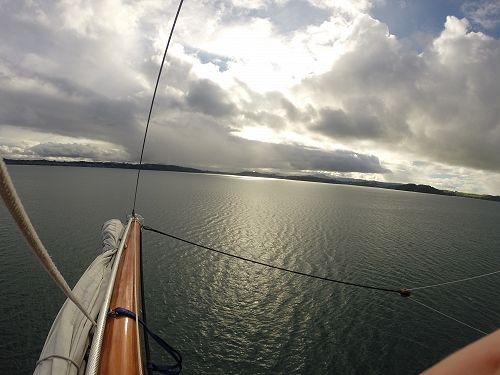 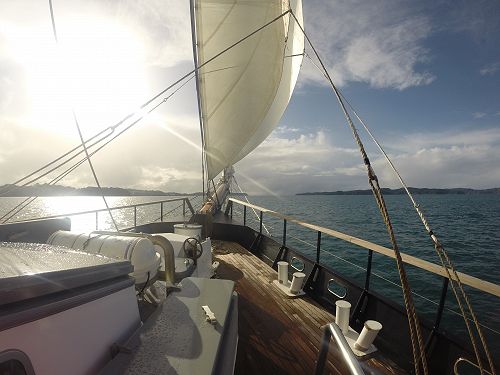 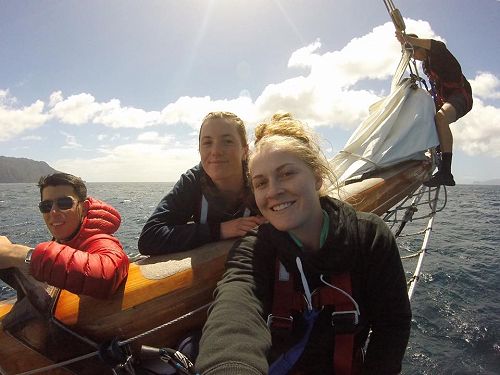 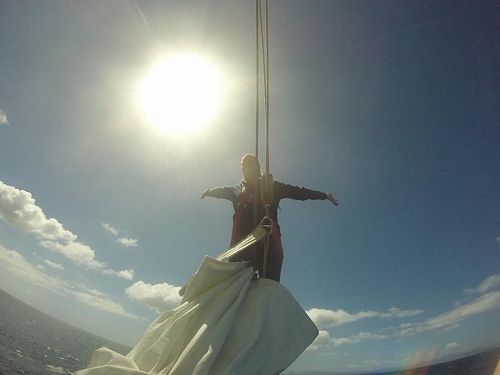 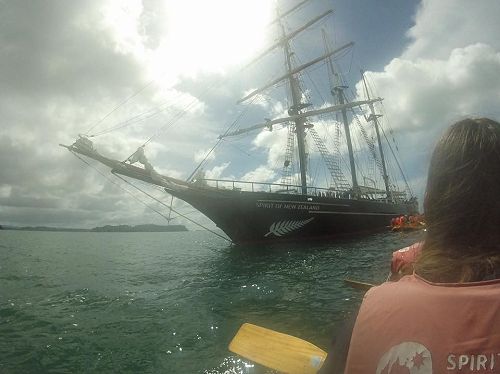 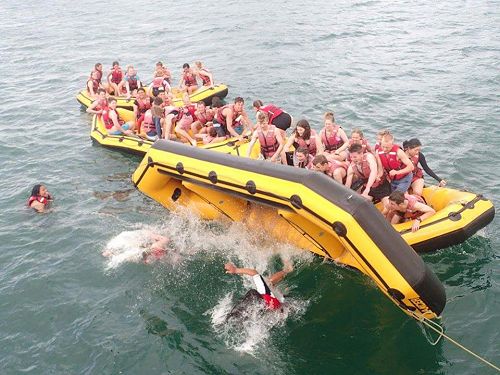 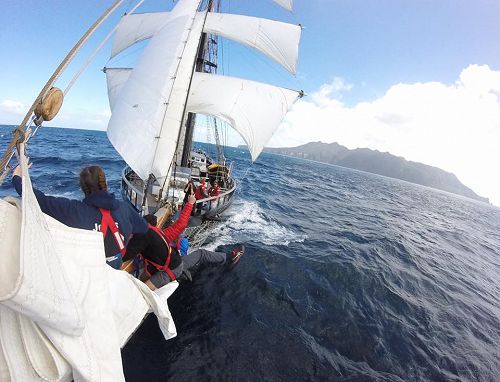 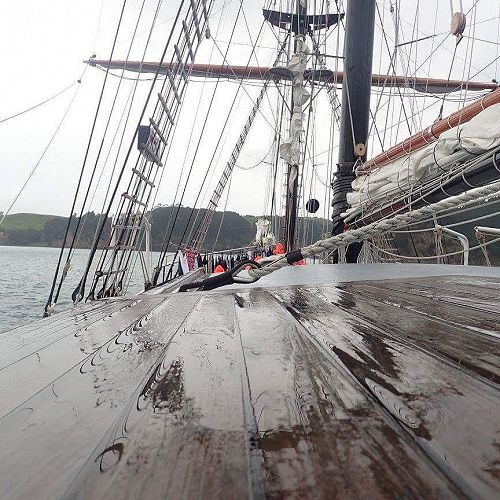