On Monday afternoons we head down to the harbourside to go sailing.

Getting out on our harbour is truly for those with grit. In Term 1 we managed to get on the water once, as the OYC don’t let us go out if the wind is above 20 knots — and guess what? It blows a gale every Monday! One week we were completely rigged, changed and ready to go, and as we rolled our boats down the ramp, a hell southerly cut up and knocked us off our feet. We had to pack up and go home! We are a keen enthusiastic bunch though including Harrison Starkey, myself, Arlo Priest-Forsyth, Connor Montague-Stevenson, Caitlin Kilner, Edan Feint, Theo & Oliver Molteno and Eilish Brydie.

Many thanks to the Captain, Mr. Parsons & his helper, Ms. Daly for their help and dedication to the club.

In March this year Edan and I were able to borrow a Sunburst from the Port Chalmers Yacht Club. We started sailing on Monday when everyone was off school for Anniversary Day. There were over 30 yachts competing from schools all over the South Island. Two divisions made of the Spinnaker class and the Non-Spinnaker class made the competition split, although we beat a few of the spinnaker boats. We had good strong, gusty conditions, which kept us on our toes; fortunately we didn’t capsize throughout the whole regatta.

We did 2–5 races a day, and by Thursday we had completed the regatta, with 1st place! So Friday was a fun day, where capsizing was compulsory — in fact I managed to capsize nearly the whole fleet! Our hard effort  paid off, and we were very happy when we were handed the cup for 1st place in the Non-Spinnaker division, beating many of the Spinnaker class boats as well. 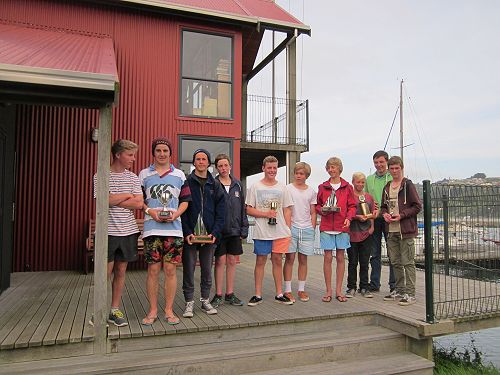 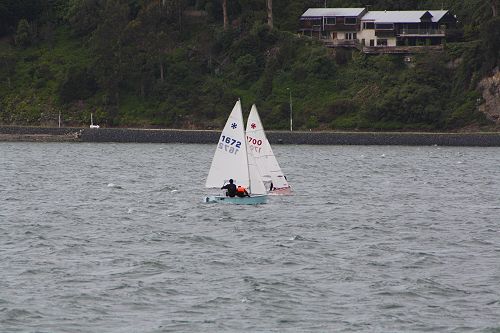 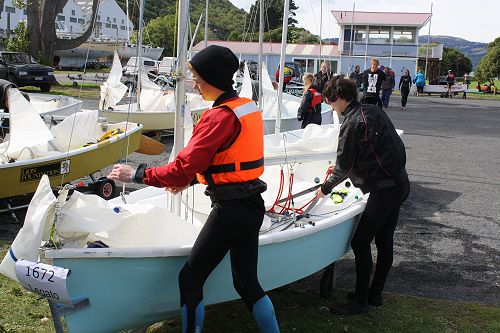