Approximately twenty International students from Japan, Germany, Vietnam and Austria were looking forward to seeing some fluffy little penguins - live.After driving through curvy roads and experiencing a beautiful view along the coast, we arrived at the delightful spot - the Otago Peninsula, right on Taiaroa Head.

Before we actually got outside, we took a quick look inside the museum, where we learnt something about the life of the animals and their history at the Otago Peninsula. Our tour guide handed us some shovels and a - size too small - wooden house.

Each group of three students got one shovel and the instruction: Dig for the penguins! The girls were cheering, while the boys dug as fast as they could. What started as an act for the environment, turned out to be a hole digging competition?! In the end we had some nice little penguin houses in the ground, perfectly hidden and accessible for the penguins we all were hoping to see later on.

In the meantime we observed sea lions lying around on the beach, while albatrosses were flying above our head. They were HUGE!

While the sun was slowly setting, everybody got in their position silently. After a while we spotted the first penguins coming out of the water into their newly prepared homes.

After the last cute creature disappeared in their little caves we headed home, tired after a successful and informative day in one of the most beautiful spots in Dunedin. 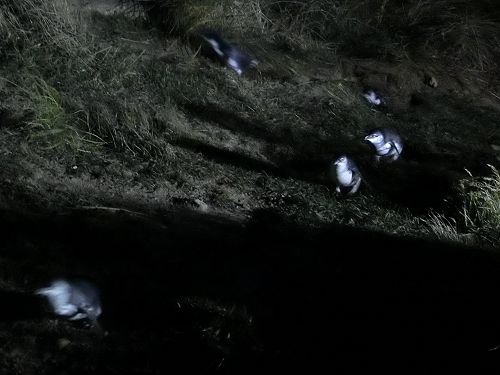 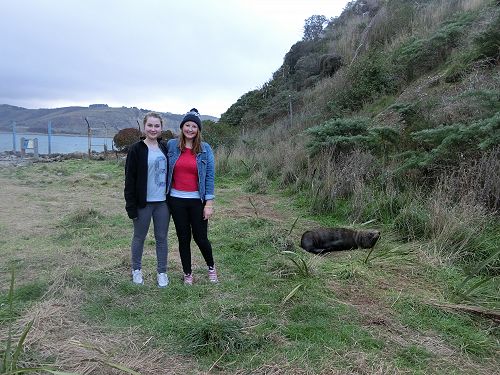 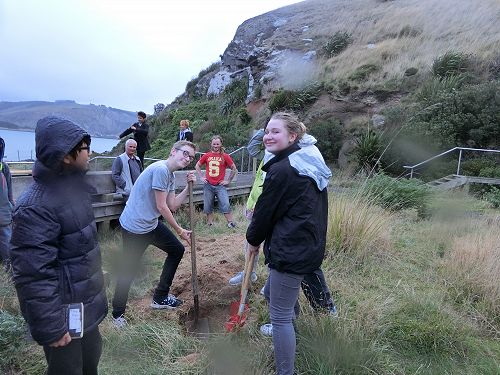 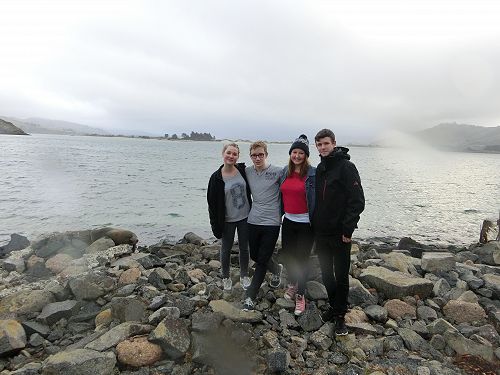