Our many basketball teams have worked hard this year and enjoyed the competition.

My third season of basketball at Logan Park High School began in May. Since last season ended, I had been looking forward to the new season. I was very excited when I saw all the boys who played together last season and new ones from Year 12 and 11 in trials for selection of A team players we had at the end of Term 1. With those who got selected by Coach Frosty, around 10~12, we started the season.

Every Friday night was the game time of Basketball Otago Secondary Schools Competition. In the first three games, which were positioned as preliminary matches to decide in which grade each team would play throughout the season, we played well enough to get in A grade, which was the highest grade. The team played in B grade last season so I was very excited to play in a higher level.

The season was not easy for us. We did our best in all of the games throughout the season, but we ended up taking the 7th place in A grade out of 8 teams. However, I think we had a good season as a team. In spite of limited amounts of practice time, which were only every Monday after school, we had built up good relationships, kept each other motivated, and always enjoyed games. Even when our best player got injured in the middle of the season and found out he could not play till nearly the end of it, we stayed together as a team and kept on working hard.

After the Otago competition finished in August, our main aim now became to get in 5th place in 2016 Secondary Schools South Island Premiership Tournament so that we would be qualified to play in the national tournament in October. As a result, we did not qualify since we did not reach the 5th place, although we played really well and all the games we lost were very close.

What I am proud of my team is that we worked together as a team throughout the whole season. Maybe, we were not very successful if you only saw the results. However, I think we all learnt how nice it was to work together with others for the same aim as a team, and obtained lots of precious memories and friends, through this season.

The year, Logan Park participated in the Secondary Schools South Island Premiership competition, held at the Edgar Centre, Dunedin. This tournament was for the Secondary schools from across the South Island that had fewer than 600 pupils. Although the final placing of the Logan Park Boys team doesn’t reflect the huge effort the boys put in, I am very proud of how we performed. The team played against a tough competition in the pool stage and unfortunately finished 4th in their pool. We actually beat the team that topped our pool! Feeling pretty hard done by in the end, we pulled it all together and comfortably won our last couple games, ending the 2016 basketball season on a high note.

I am immensely proud of the guys in the team and the massive improvements they’ve all made throughout the years that we’ve all played. Not only have they all gotten heaps better individually, they’ve helped each other improve also. This tournament really showed how much each and everyone of us had improved and how well we played as a team. I couldn’t’ be happier to end my Logan Park High School career than with this tournament, and although the placing isn’t optimal, we had tons of fun and came out of it better than when we went in to it. Huge thanks to Jason ‘Frosty’, the awesome coach that’s worked with us over the past few years and helped us all to be the players we are today, Cheers to all the teachers and parents that helped support the team. Best of luck to all the boys playing again next year.

Senior B Boys  - By Louis Freeman

This year I played basketball for not only the first time at Logan Park, but for the first time ever. I’d tried it in P.E before and just playing with friends, but never in a school team, so I decided to give it a go. Nervous I’d be way out of my depth, I came into the team only to discover that half the others in the team were in the same boat! Our coach Braden Griffiths, an ex-student who had been in the Logan Park A team for basketball, was so supportive and helpful, and thanks to him and the other guys in the team helping each other out, over the course of the season we went from a bunch of guys who’d shot a few hoops in the past, to a team. I discovered a great game and made a load of new friends by playing basketball, and I guess that’s what sport at Logan Park is all about. No doubt I’ll play again next season.

Over Term Two and Three, the girls social basketball team has had many successes, a few tight games and some losses. A quote that kept us enthusiastic and “in the game,” throughout the season was “Gotta getcha head in the game,” which was said by Troy Bolton in High School Musical. This is reflective of the immense team spirit and cooperation we had. Considering we were self-coached we grew as players and team members leading to a very great basketball season.

This year I was apart of the junior basketball team, which is a mixture of year 9 and 10's with a variety of skill levels at the beginning. This year we had a good season with the help of our two amazing coaches Erica and Kate. They did the best they could with us to make us better at playing as a team and developing our skills. Throughout the season even with difficult times and challenging games. Even with this we tried our hardest in every game that we played. When we stayed positive we won about 2-3 games and got better every game. When our coaches were unable to make it (due to their own game being on), my mum Julie was there to help us out. It was great to get a different coaches approach to teaching us different skills to take in and learn.In my opinion the girls that played this year were awesome. By the end of the season they were all spectacular and I was really proud of all of them. I really hope for their sake they play next year even though some of the girls may prefer netball and they are netballers I hope they play basketball because its always good to have skills in more than one sport. What makes me proud to be apart of the team is that no one ever gave up the always tried there hardest. Most importantly, we always had fun. It wasn't ever about winning to us, it was more about having fun and enjoying the moment while we could so that's all that matters. Everyone always worked together and gave people more confidence in themselves also the girls all gave each other tips on what to work on and what there weakness were but no one judged anyone we always worked together.

The Junior boys basketball team was a Year 9 dominated team and had mainly people who were just starting out in basketball this season. We all started off with little knowledge and skill of the game. Our coaches Jet and Joseph taught us a lot of valuable skills and helped us work well as a team. Over the course of the season we have all become more confident with our ball handling skills and shooting. We are looking forward to continuing to play in 2017. 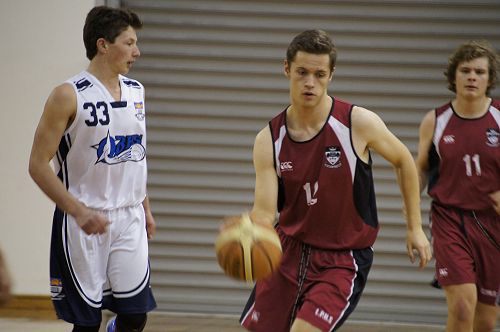 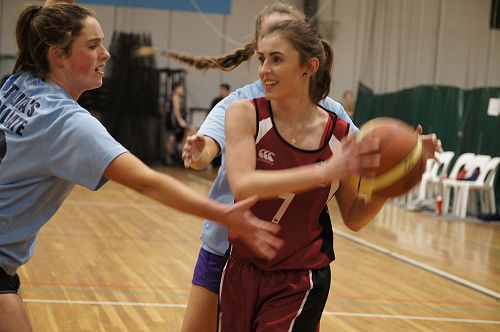 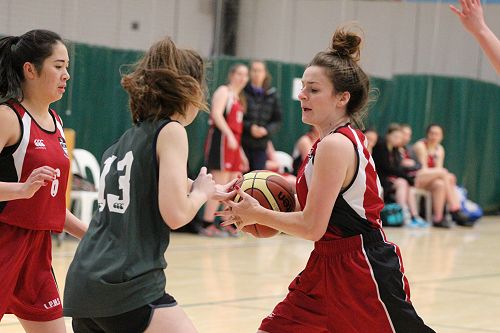 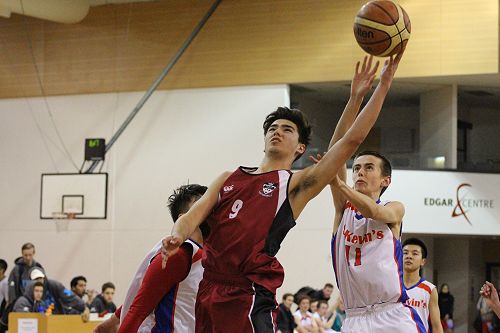 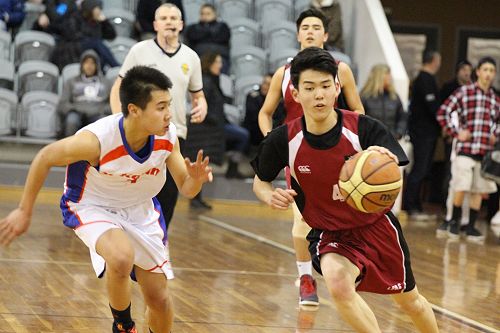 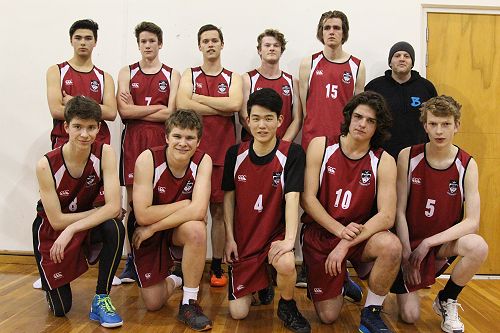 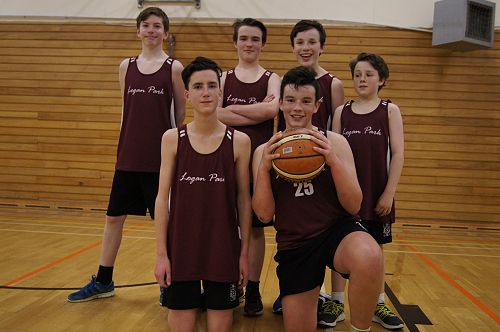 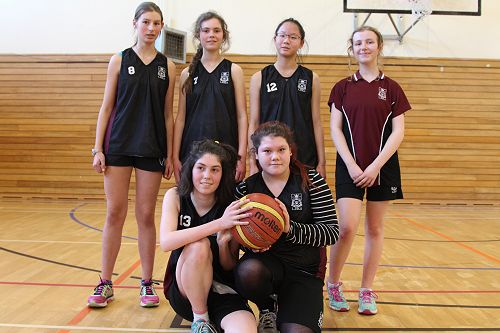 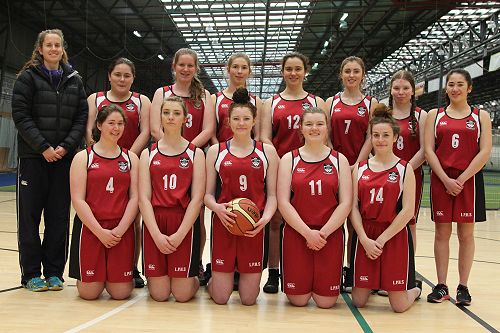 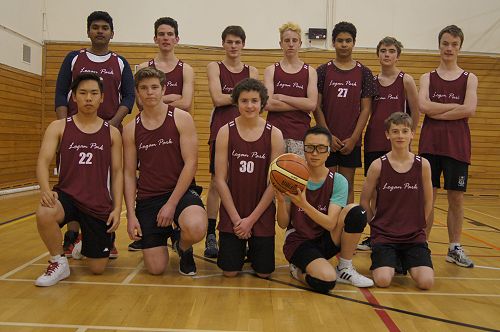 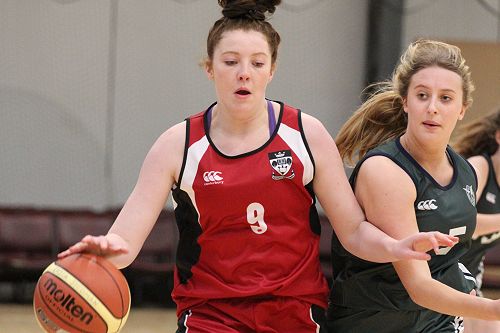