Her prize was presented to her at the Moon Festival at Lan Yuan, the Dunedin Chinese Garden, on Sunday 15th September.

As a result of winning the competition, Lealia won $500 and also secured a donation to the Logan Park High School History Department of $500, sponsored by the Chinese Gardens Trust.

See her essay published below:

Lan Yuan, the Dunedin Chinese Garden, symbolises the remarkable contribution of the Chinese community in Dunedin and Otago from the gold rush to the present day.

Lan Yuan, with its decorated walls, terracotta tiled roof and tall entry gate is a distinctive architectural feature in Dunedin’s CBD. The building encircles a pool and rock garden, and to a visitor who walks through it gives quiet, peaceful contemplation. To have a building that celebrates the local Chinese community and their contributions to the success of Dunedin, is all the more remarkable when considering the harsh conditions and prejudices the first immigrants encountered.

In 1866, the first Chinese immigrants stepped onto New Zealand shores with hopes of gaining a quick fortune through gold mining. They were invited to immigrate to New Zealand by the Chamber of Commerce as the still lucrative gold fields in Central Otago had a critical lack of workers. Many Europeans who arrived in the first rush found the climate (freezing cold in Winter, searing hot in Summer), isolation and poor working conditions too severe, and left. Therefore Chinese were invited, but with provisos. These included that they could not become citizens, had no voting rights, and if they died their burial could not be within the Christian cemetery plots but instead beyond the perimeter. Not surprisingly, they lived within their own groups, as evidenced with remains of crude, vernacular settlements today such as at Arrowtown. However, with the first immigrants it was reported locally that around 100 settlers were “working harmoniously with the European population; and as it is understood they are satisfied with the prospects offered by this province.”1 With initial gold prospecting good, by 1869 a further 2000 Chinese immigrants had arrived in Otago. By 1881 there 4995 men in total (and only 9 women).

Adjusting to the harsh climate, work conditions, few resources and simple accommodation must have been difficult; let alone no or very little English language and a general negative prejudice from Europeans. However, many did determine to stay and became adept at their gold prospecting. With the growing Chinese community, entrepreneurial merchants saw that supply of goods was an alternative (and probably easier) way to prosper. These merchants included Ho A Mee, who had been deputy to a leading Chinese merchant in Melbourne, and Ah Lum. Some, like Ah Lum, were fluent in English and Chinese, and supplied goods to both European as well as Chinese. This provided a link between the two contrasting cultures. Lum’s store at Arrowtown, within the Chinese settlement, also acted as a social meeting place and offered accommodation. Further, alternative businesses with incomes were also established. Chew Chong arrived in Otago in 1876 and discovered ‘Jew’s ear fungus’ in the bush. He set up a local business to gather the fungus and export it to China, where it became a popular delicacy. He also contributed to the local economy as he ventured into the dairy industry, the butter he produced was considered among the best in New Zealand. Others became farm labourers, rabbiters, market gardeners and railroad builders “[The Chinese] developed significant market gardening operations … contributed generously to hospitals and spent freely when they were on a good claim, supporting the local economy”2.

In the late 1870s, gold became scarce and Chinese miners soon found themselves without work. Anti- Chinese prejudice became more evident as less gold was being sold. In order to prevent a further influx of Chinese immigrants, New Zealand introduced the Chinese Immigrants Act of 1881. Under this Act, any Chinese passengers arriving had to pay a poll tax of 10 pounds (equivalent to $1720 today), and one passenger could arrive per 10 tons of cargo. Later, 1896, poll tax was raised to 100 pounds (equivalent to $19,200 today), and only one passenger could arrive per 200 tons of cargo. With gold prospecting having become unprofitable for most, many Chinese returned to China. Further, The Chinese Immigrants Act severely restricted any new arrivals, so the population of locals decreased markedly.

Yet some immigrants did remain, and the Chinese gardens celebrates both the early, temporary population as well as those who stayed. Many who stayed moved to Dunedin and set up businesses such as greengrocers, fruiterers and laundries. Most lived and worked in the South CBD area, which became locally referred to as ‘The Devil’s Half Acre’ as it included gambling dens and brothels. However, over time it can be seen that many of these businesses contributed to Dunedin’s economy. By the 1960s, descendants of these early Chinese had become successful professionals all around New Zealand. “New Zealand has become their home and country. They have changed from being New Zealand-Chinese to Chinese-New Zealanders, a new ethnic entity. This full acceptance is the greatest achievement of the writer’s generation and his childrens’, earned by mixing with and facing and sharing the obligations of the wider society.”3In Dunedin and Otago, local Chinese have made life-long friendships with European-New Zealanders, and with diverse careers including doctors, lawyers, accountants, their engagement is within the community, and they can no longer be viewed as separate. Nor do they any longer have distinctly different legal rights. Newer generations of Chinese immigrants are now residents and citizens here too, with contributions expanded to acupuncturists, herbalists, ‘Chinese medicine’ doctors, include ownership and rental of commercial buildings.

In conclusion, Chinese immigrants contributed in many significant and positive ways to the establishment of Otago. Their struggles, efforts and successes are particularly recognised in Dunedin with the Lan Yuan gardens (opened 2008). This garden is a tangible way to recognise and celebrate the Chinese immigrants who first came to Dunedin to prospect for gold and then later established themselves in a broad range of activities and careers. Dunedin is the richer for their presence. 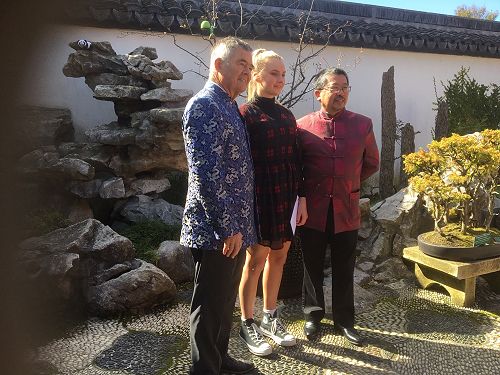 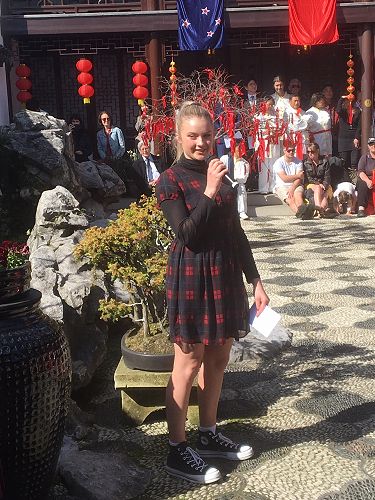