Every year we have several teams of students and recent ex-students combine to enter the 48 Hour Furious Film-making competition.

Head ringing, I stumbled into a blindingly, bright room.  A countdown ominously glared down at me, slowly ticking down.  I wracked my brain, scrutinizing our film, trying to remember any fatal errors before we handed it in. It's too late for any changes, better hand it in before time runs out.

The sleep deprived mess I am referring to is the Rialto Channel 48 Hours Furious Film-making contest, where teams from across New Zealand attempt to create a short film from scratch in a mere 48 hours.

Anyone with prior knowledge of the event will know it as a chaotic weekend where nothing goes according to plan.  Representing Logan Park this year, were teams Cerbus and Oscar the Walrus, who received the genres Fantasy Adventure and Time Travel respectively.

Results wise, Cerebus did very well this year, being selected as one of the top twelve Dunedin teams and winning the regional award for Best Wardrobe, Hair and Make up.

Ex-Logan Parkers did well with team "Seventh Time Lucky" comprised of old students ending up in the top twelve as well as winning the Rising Talent and Best musical.

The frantic weekend was fuelled by everyone's enthusiasm and ridiculous amounts of caffeine.  As always Logan Park was a strong contender for the prizes and hopefully will, next year, reappear in force. 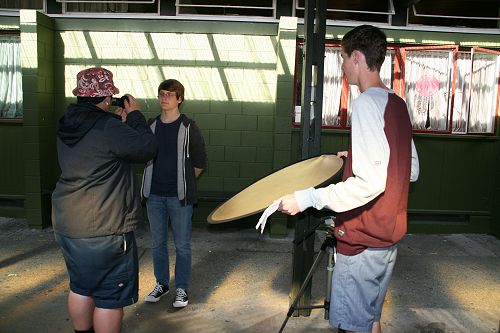 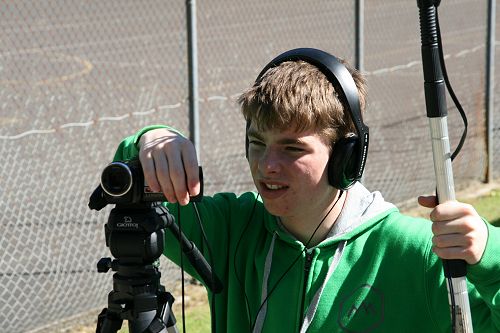 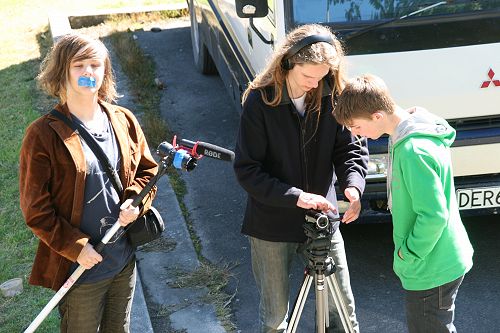