This year the team won by a six point margin with a score of 96, dropping two points on the scavenger hunt and by being very strategic on the Who am I? mystery questions. In fact over two years the team has not yet answered a question incorrectly.

“We win because we know all the answers!” Max Riddle told the ODT after receiving his medal. In truth the boys know all the answers due to meticulous planning and many hours of specialised topic studying from flags, to history to world and New Zealand current events.

The boys felt the pressure of being reigning champions from 2013 and were relieved when their team was named the winner ahead of joint second place schools Kings and John McGlashan.

In fact Logan Park was the only Co-ed team to be in the top ten teams on the night. 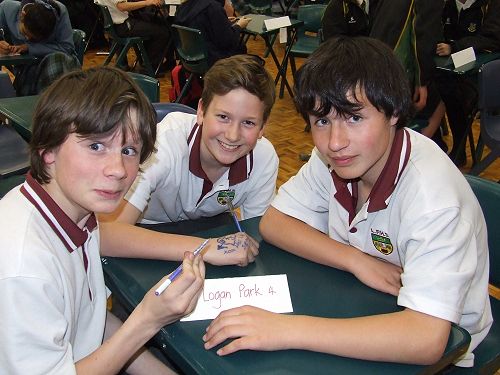 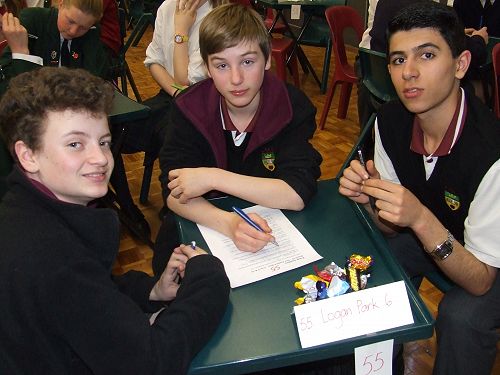 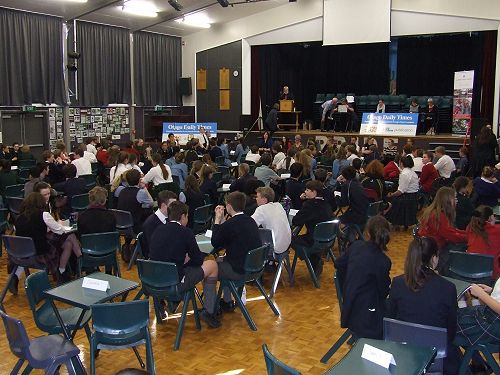 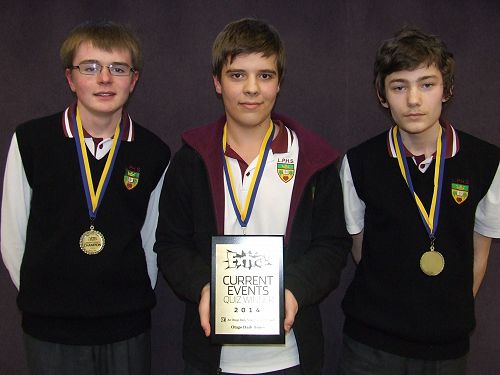