On the 4th of April the Senior A Girls volleyball team set off to Christchurch. This is the 3rd Tournament the Year 13s involved in the team have been on together. The Satellite Volleyball Championship tournament had 14 teams competing from all over the South Island.

We had a number of very close games and ended up winning 2 games, which was an improvement to the previous years.

We all improved immensely in both individual skills and team work, which we had learnt from our coaches Danielle Frost and Mel Taurarii (who had just recently joined our team at the start of the season). We became better at reading the opposition, attacking and receiving formations as well as covering each other on blocks, tips and spikes.

All of us were exhausted due to the long days, short breaks and quick turn arounds between games. This challenged us a lot, and made us learn how to quickly get over mistakes and stay positive.

There were a few mental and emotional challenges we overcame in time for our final game of the tournament. With the encouragement and support of the other team members and coaches we were able to increase our positivity and were able to get our heads in the game.

I’m proud of how much we have improved in our skills and game play as a team individually from when we started volleyball in Year 9.

We had plenty of fun whether there were a lot of laughs, it is always an amazing experience every time we went on tournament.

We would like to thank Mrs Frost, Ms Vella, Mel and Simon for being there for our team, coaching us and making the tournaments happen. Even if you were only there for part of our experience or with us the whole time it still made a difference to us as a team. 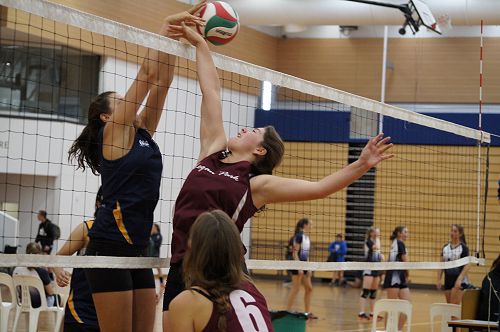 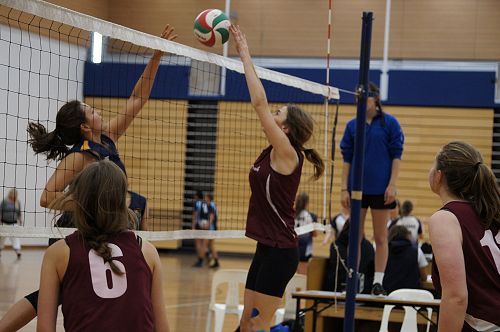 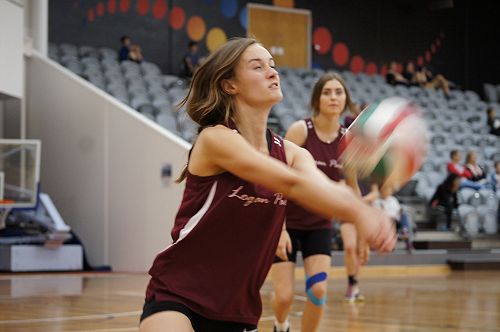