2016 was another milestone year for Logan Park cricket and in particular, our retiring captain, David Spencer.

David scored a double century in the last game of the first term in a forty over competition Saturday game against Kings. He clubbed a four off the second last ball of the innings to hit the magic 200 not out. He had batted from the opening over and his second hundred took only ten overs. This followed on from his first century in December 2015. To top all this David scored another unbeaten century against Taieri College in November 2016 in his final appearance for the school on a Saturday.

David also led our team in a new Wednesday Twilight competition format in Term Four of eight a side 21 over style cricket. This was against all other schools at any level. Amazingly the team won every game and won this inaugural competition.

In this year’s McCullum Cup holiday tournament we were the most competitive we have ever been in our four years of attending this prestigious early season event. It allowed us to have four competitive games against very strong opposition. This set us up for the regular Saturday competition which followed.

Unfortunately Term Four Saturdays proved rather wet and three games out of six were abandoned due to rain. Our only loss was on the first Saturday to John Mcglashan College.

As a core group of Year 13’s have played out their last season for the school a new wave of young cricketers has begun to carry the flame forward. This includes Finn Lillis our Colt’s captain and winner of the Colts Tournament Most Valuable Player along with the cup for Most Promising Junior Cricketer. At the Year Nine level we have three players rapidly emerging with talent. Mathew Cowles and his brother Daniel are impressing with their commitment, enthusiasm and ability. Laura Graham has proved a real wicket taker with her slow accurate drifters which seem to always encourage young men to attempt to smash her out of the park, only to then find their stumps broken or embarrassingly caught in the field. In one memorable game Laura took five wickets in three overs! Laura’s younger brother Kieren has been added to the team from DNI and he is looking forward to being a star player when he attends Logan Park.

Our team has developed a United Nations feel with three Indian players in Rahul Jat, Sunil Singh and Lokesh Menariya. All three have been great assets to the team especially Rahul with his fine accurate fast bowling and leadership on the field. Luqman Ashan from Sri Lanka has been practising hard and his ability level has increased dramatically.

Finally the old core Year 13 players of Sean Hall, Dylan Deans-Barrett, Jacob Gosling along with Joseph Dewhirst and Reuben Campbell have provided a backbone of resilience and team comradeship which has openly welcomed the younger players and created a diverse and positive team environment.

It continues to be an absolute pleasure to help organise and coach this team once again this year. 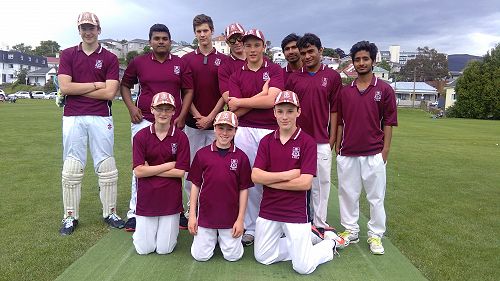 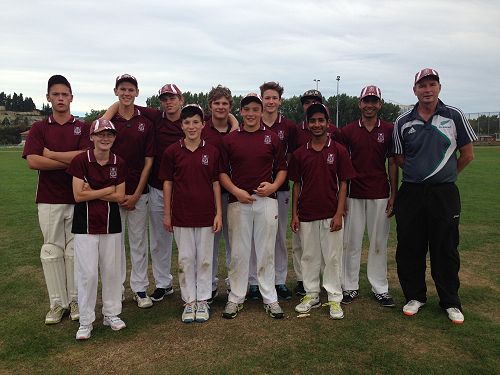