With boys from Yr 9, 10 and 11, the Logan Park Wolverines had a large spread of players including members of all shapes, sizes and ability levels.

Our first pre-season game was against King's and resulted in an easy win. Once our proper season started our team became much more organised with the flowing plays coming together more easily. Gabe Kennedy Atchison, Tait Familton and Mata Araipu proved to be some of the best forwards Logan Park has ever seen with their hunger for the ball. New Yr 9’s such as Quaylen, Shea and Cameron were quickly dubbed the “The Heavy Hitters” with their ability to smash through the opposition.

The backs had a good year with the fiery Sean Hall making a switch from the forwards to help the backs, quickly becoming one of the star players. Captain Chris Gillett led the team to victory in the Junior Metropolitan league and proved himself to be an exceptional ball handler and always put his body on the line. Haziq Hassan was the speedy winger who was excellent at stepping past the opposition.

The Logan Park Wolverines yet again reinforced the school values by including international students such as Moritz Imelmann and Philipp Wa playing in the forward pack for the first half of the season before having to return to Germany.  Enric Vallduvi from Spain proved himself a force to be reckoned with being a first pick wing and in the one game Niclas Bremer played in he showed his potential for rugby.

Through the year we had been preparing our Haka for the international game against the Everton Park Roosters from Australia at the end of the season. Led by Mata Araipu the Haka had the Roosters quaking in their boots. The game was tough with numerous injuries including Captain Chris suffering a severe knock to the head. Although we lost it was a great experience and something we will all remember for a long time.

The 2013 rugby season was a great success with Logan Park taking the title and we hope for even more boys to play next year. 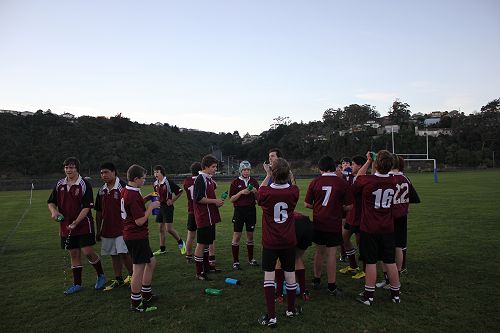 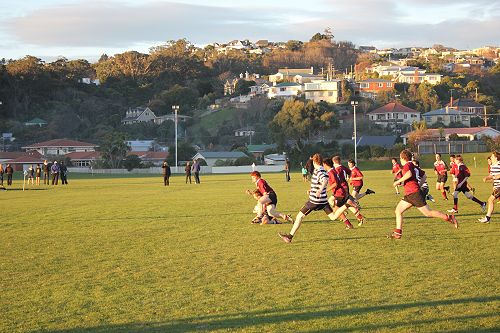 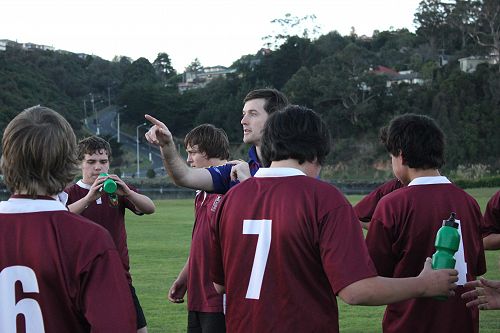