Top Otago basketballer, Jaren Roy (Year 12) was invited as one of 20 top basketballers to attend the 2015 U17 National Selection Camp, in Auckland, in April and to work towards the FIBA Oceania Championships later in the year.

The focus of the programme is on selecting the best team to compete at the U17 FIBA Oceania Champs and qualify for the 2016 U17 FIBA World Champs.

In January, Jaren attended the Junior Breakers (Under 17) Summer Camp in Auckland. He spent 4 days training in the Breakers headquarters/gym with the Breakers Development and Coaching staff. He was the only Dunedin student selected to attend, out of 24 top basketballers from around the country.

Jaren trains with the Academy at the Edgar Centre several times a week, early in the morning, and works with a personal trainer. He has also been selected for the Otago U17 Basketball team.

Emily Proctor, Year 9 has been selected for the Otago U13 Basketball Development team. 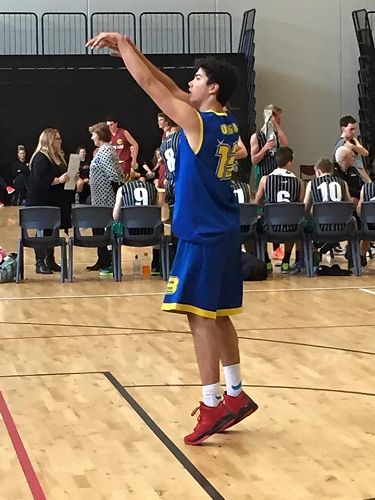