The 3rd of April is National Biomechanics day and this year several PE classes from Logan Park in Years 12 to 13 went on a trip to the Otago University School of Physical Education, Sport and Exercise Sciences located on Union Street West.

The eighteen of us were split up into two groups and took turns rotating around three stations, each of which was focusing on a different part of biomechanics. The first station that my group visited was working on balance and how the human sensors affected that balance. We performed an experiment testing the balance of three students under conditions of one leg with their eyes open, one leg with their eyes closed and one leg whilst texting. We discovered that our ability to balance and have awareness of our surroundings had not only dramatically decreased with our eyes closed as to be expected but also significantly decreased while texting despite our peripheral vision.

The second station that we went to was the flume. The flume is essentially an underwater treadmill controlled through a large scientific computer. It resembles a small swimming pool but has a flow of water circulation through and then underneath it. There was a handle attached to a rope coming from the front of the pool and we each took turns holding on to it and experiencing the different drag forces of our bodies as the flow of water became faster. The supervisor let those of us who wanted to experience the speed and drag force of an Olympic swimmer and the effect was incredible; it became difficult to hold on to the handle.

For the third and final station we looked at impact force in running and the different types of strides which have become natural in our society. We measured force of strides, angles of ankles and knees and what part of the foot made contact first wearing shoes or barefooted. What we found was that no matter what environment we run in, shoes or no shoes, the human body adapts its running style to fit the amount of impact that it would receive.

All in all it was a super fun day and well worthwhile; I would strongly recommend any students given the chance to take the time to go along because it really was a great experience. Not only do you learn a lot, you get to play around with expensive technology and participate in really fun activities. 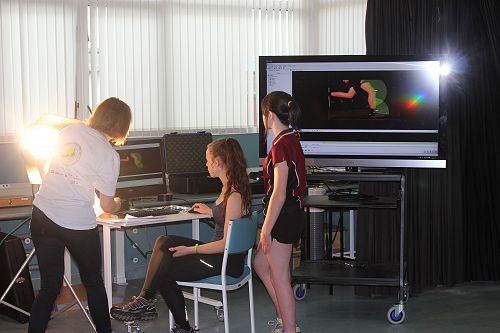 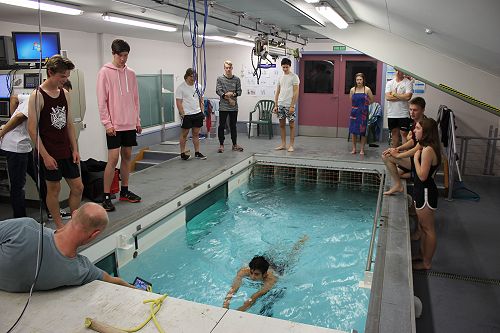