Congratulations to our drama students who were invited to be cast and crew for an Arts Festival World Premiere theatre production. The Dunedin Arts Festival ran from September 30 until October 9.

Beyond the Bright Black Edge of Nowhere, directed by Simon Wilkinson (UK) is based on a bizarre story from 1959 where 8 high school students and their science teacher disappeared in the Great Deep Basin Desert, USA, never to be seen again. Shrouded in mystery and an official cover-up, the play is a multi-media experience using 1950's film footage, digital manipulation, accompanied by a live soundtrack performed by Simon Wilkinson and Dunedin's Trevor Coleman. The play calls into question the information we receive, the power and authority we take for granted and our sources of reassurance in the digital age. 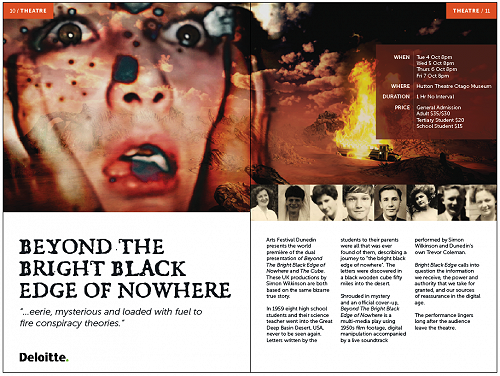 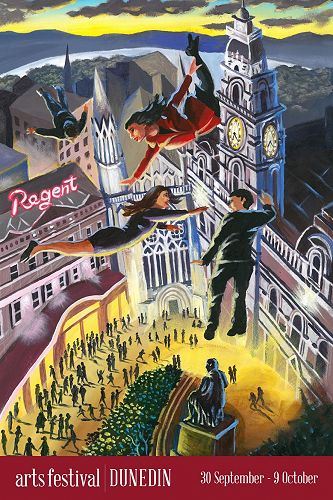