On Tuesday the 8th and Tuesday the 15th September respectively the Senior and Junior LPHS Classics quiz teams had the opportunity to prove their worth against competing teams from Columba College, Kavanagh, Kaikorai Valley, Otago Boys and Girls High Schools among others, in the 2015 Classics Quizzes organised by the Otago University Classics Department and the Classical Association of Otago.

Questions covered a range of topics from classical culture both Greek and Roman, mythology, architecture, politics and language, and all of our five competing teams, four junior and one senior, acquitted themselves courageously and well.

Our senior team comprised Oscar La Dell, Jesse Bawi, Ruari Warren and David Prime (with thanks due to Oscar for organising the final team), a mixture of Classics students and Jesse Bawi the Latin representative. Competition was fierce and our team came a very creditable second, for which they were touchingly apologetic but of which they should also be duly proud.

In the Junior Quiz we entered four teams composed of a mixture of Year 9 and Year 10 students, and of these a Year 10 team came out the victors after a very close contest in which the combined Otago Girls and Boys team edged ahead by one point. This team’s members were Silas Wyn Laegan, Henry Ruan, Jack Wing and Danny Barton, who proudly carried off the trophy. I would like to give credit to all the participants, who studied hard for this quiz, memorising all sorts of things from gods, emperors and battles to all the letters of the Greek alphabet. 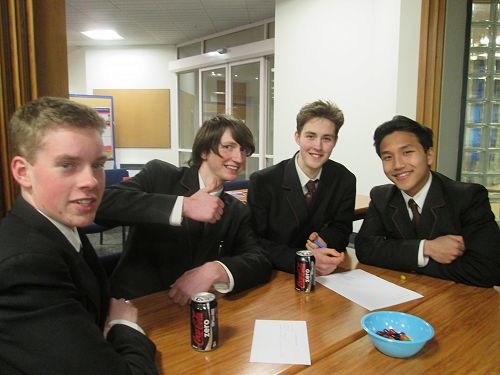 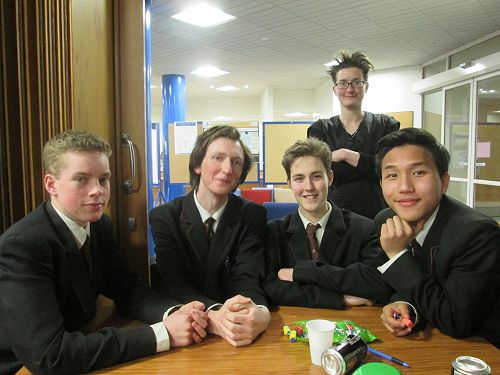 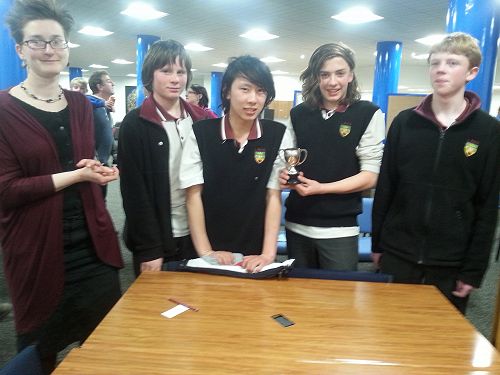