To some musicians at Logan Park, term two is the term of no free lunchtimes, of bringing an instrument to school every day, weekend rehearsals and generally having their lives be consumed by perpetual practices.

It is also the term in which they get to know two or three other people really well, learn a piece of music so thoroughly they could play it in their sleep, and create something really expressive. Term two is the term of Chamber Music.

The official aim is to perform in the New Zealand Secondary Schools Chamber Music Competition, but to me, it’s never been about that. Sure, having a performance to work towards gives you a sense of direction, but really, it’s just about having fun. After the competitions, I always feel a bit deflated. Suddenly, there are all these free lunchtimes and the excuse “I need to practise for chamber music” is no longer valid. But the next term two arrives faster than expected, and Chamber Music is just around the corner.

LPHS students scored some great successes at the competition. George Maclaurin and Ava Straw played in a sax quartet (Suite Sax’s) with two students from other schools, coached by Nick Cornish. This group won a Highly Commended, and also the award for the best performance of a New Zealand work (A Short Suite by Philip Norman).

Two of our groups won the KBB Awards; Lion’s Trousers (another sax quartet consisting of Loren Palmer, Akari Okawa, Ava Straw and Ethan Gaffney), and Duck, Goose and Punchline (Hanna Ott, Aelyth Harrison and Loren Palmer). Nel Pardas-Antona performed with two mixed school groups, both of which made the final, and one of these (Just So Natural) was also awarded a Highly Commended.

Aina Pardas-Antona also played in a mixed school group that were also selected for the Final and also won the award for the most confusing group name (Keithin it Fresh Penquin Harmony??).  All of these students are to be commended for their dedication in striving for excellence in this very demanding competition. 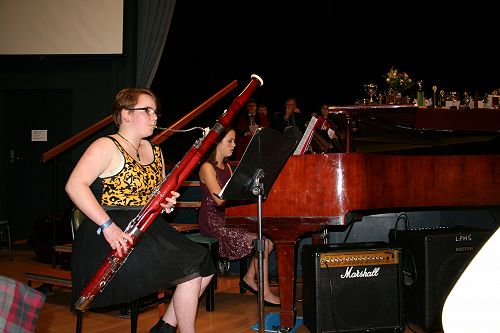 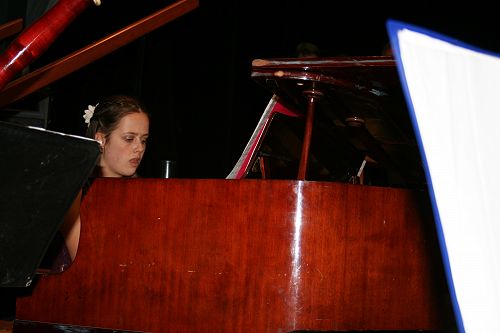