This year has seen Logan Park enter an unprecedented 12 teams playing futsal in term 1. With teams in every category, there were nearly a hundred students playing futsal, more than any other school in Dunedin. This year, all of our senior teams were named after Champion League teams, although I spent far too long explaining to most players who PSG were! Our junior teams were named after Premiership teams in the English league. They played over 70 games and scored over 270 goals!

We also had a larger than normal number of Y9 students playing for the school and they all, without exception showed that not only do they have a great attitude and level of enthusiasm to do well, but that they also have a great level of ability and this bodes very well for the future. Both our junior girls teams beat opposition that were very strong and over the term they played brilliantly. Their final placings did not reflect their overall ability and effort.  The Chelsea team, made up of our Y9 girls had a great start and their losses were often very narrow ones and they finished 7. Our Tottenham team, consisting mainly of our Y10 but also a couple of very promising Y9 girls were outstanding and they narrowly missed out of reaching the finals and came 3rd overall. Both of these teams were coached and managed by some of our senior players who gave up their time every week , thank you.

Our three junior boys teams all had mixed results, but like the girls they never gave up and they were a real credit to the school. The most notable success came from the Junior Boys Section 1 League where the Manchester team came second after a thrilling final.

Our senior boys teams all played very well in what is a very physical and fast league. Our most notable success came from the Juventus team which never looked like losing and carried this on into the final where they easily won their section. They won all their games and scored over 50 goals with Moritz Bickman scoring 22 of them!

Our first team also looked very strong over the term and their final was a hard one to watch as they had chance after chance but the opposition's goal keeper played a blinder. Overall, though the team played great and two weeks later they would play this team again and beat them!

Our senior girls, like our other teams again had mixed results. With only one girls league we have a mix of social and non-social teams which can be hard for some teams. The end result saw our Senior 1st Girls team once again win the league for their 4th time. In fact, the team not only scored 54 goals but only had 5 scored against them, with Maddy Bowen claiming a huge 19 goals!

Overall, every team, every week showed true Logan Park spirit and played their hearts out. A big thank you goes to our coaches who every week turn up and help and support their teams. Caleb Appleton, Rhiannon Prosser and Mr Major were always there to help their teams and I am sure they greatly appreciated it. The overall result saw Logan Park in 4 finals out of 5! We walked away with a 1st and three 2nd places which was a great result for the school.

This term saw our team continue to play extremely well. In the girl’s competition, the Senior B Girls team, ably led by Kirsty Howlett saw all their hard work start to pay off. They were winning games, and in those they lost, it was always a very tight game. The highlight for me was their draw against the eventual winners of the league. Top goal scorer was Kirsty. The Senior A girls, continued their domination of the competition and won their final game 4 – 2 against OGHS. They have won this league now for the last 3 years! Captained by Abby Wolfe, the team had a hard final game but their play, teamwork and determination never wavered. Top goal scorer was Maddy with 15 goals but Abby with 12 nearly caught her up. It was also great to see our younger players, in particular Tayla in Year 10 coming in to the top team for the first time. Well done, Tayla and a great prospect for the future.

The Senior A Boys finally finished in 3rd place but all felt that they could have easily won the league had it not been for a slip in their first game against a team they replayed, and beat 11-1 to gain 3rd place.  The team, captained by futsal stalwart Dorje Passang, played some great games, their best and worst being their league game against the eventual winners. During that game they had easily beaten them by half time but a lack of subs saw them wilt in the second half and eventually lose. Top goal scorer for the A team was Vincent with 18 goals!  The Senior B Boys played in the final for their league. A team who have scored large numbers of goals and only let a small number in, they have terrified the opposition for weeks. Their final game however did not see them click together as they have done and although they played with a great degree of determination, they lost, coming second to OBHS 4-2. Top goalscorer for the B Team was Lennart with 26 massive goals! It has been great to see these students grow in ability, but more importantly as people. Their determination, attitude and whole approach to the game has been excellent. I would like to thank all our players, especially those who have now played their last game for Logan Park for all their hard work and commitment over the years. You have always been a credit to yourselves and the school.

This year’s Otago Futsal competition saw Logan Park continue to dominate in terms of the number of students taking part. The school managed to field 11 teams, again more than any other school in Otago! That’s nearly 80 students, a great testament to our students. The students once again displayed a great degree of effort and pride in their team and school. However, after a long futsal season many of our players were understandably tired but they all fully enjoyed the experience and saw it as a great way to end their futsal season.  Although we did not get all the results we would have liked, most of the games were very close and often saw our teams narrowly lose their game, often after leading it! Our most notable success was our Senior Girls 1st team who came second and our Junior Y9 Boys team who also came second. Overall, it was a great day and with so many players wearing the colours of Logan Park, and players who played with great effort, skill and enthusiasm, it was also a great advertisement for sport at Logan Park. Well done to every player for making this go so well and contributing to our positive image in sport in Dunedin, well done. 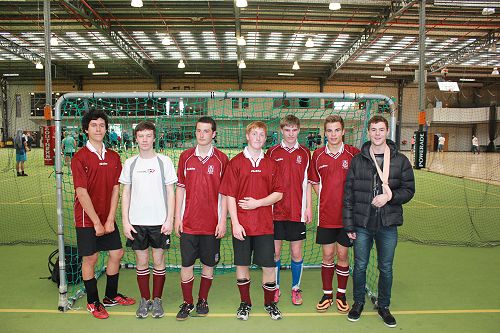 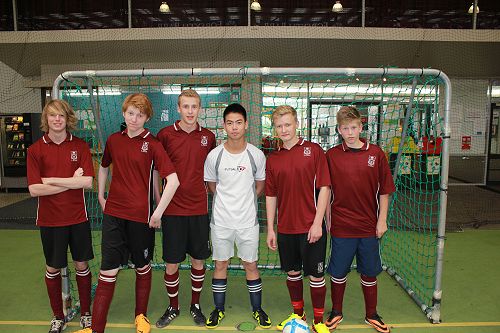 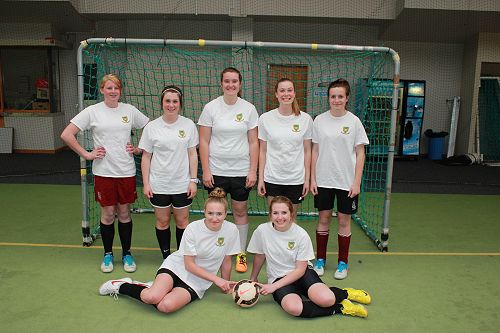 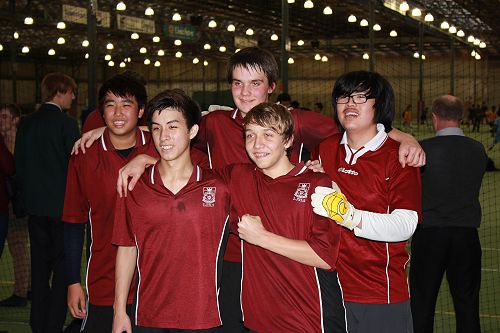 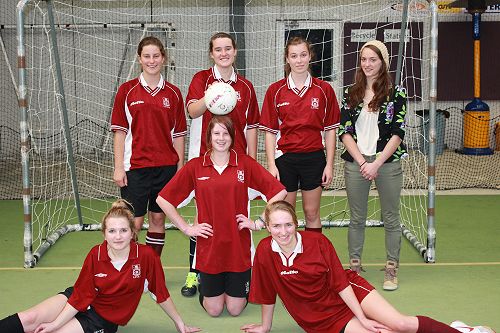 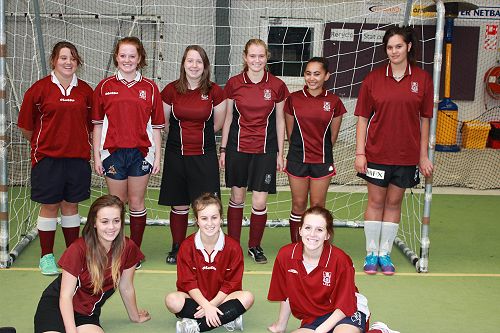 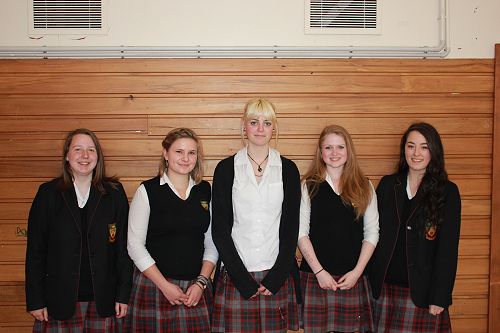 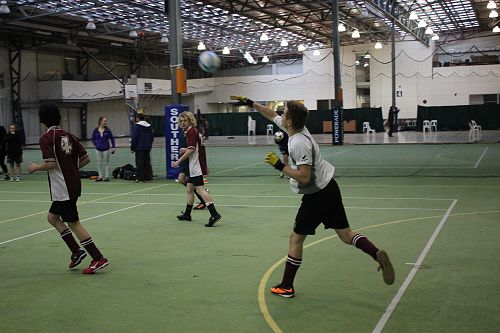 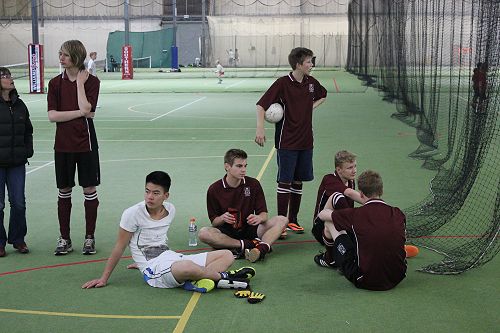 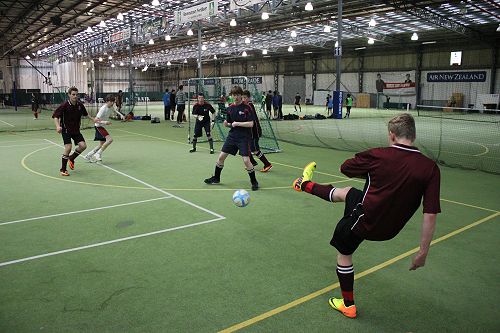 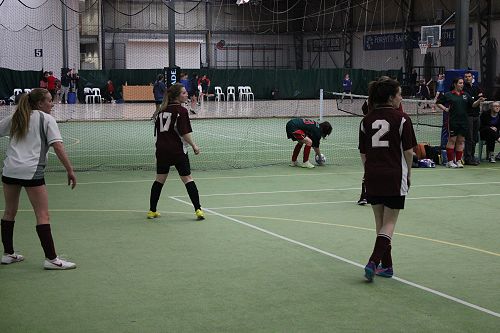 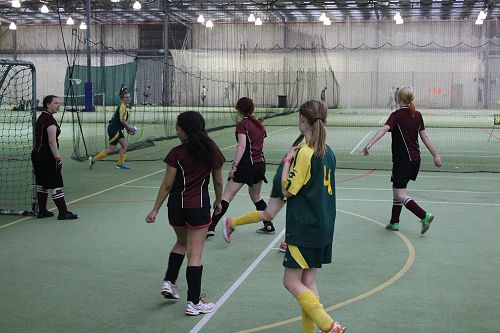 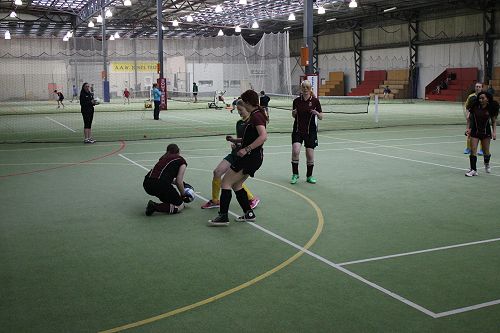