Glass ceilings of oppression, get-out-of-jail-free cards and lactation. What links these three phrases? One word: Debating.

This year, the second year of this competition, was just as intense and terrifying as last year. With adrenaline, caffeine and sugar pumping through our veins, last minute improvisations, terror when the adjudicators looked confused and snide remarks and insults directed at the “rich kids”, we went head to head with the rampant hordes of Johnnies and Columba.

Under the iron fist of Ms Robins we went forth and conquered (only because we were more scared of her than we were of the other team).

Seven rounds and only one loss proved without a doubt that Logan Park was the master of the noble art of debating. This was further reinforced as we won against Johnnies in the semi-finals. Sadly, we could not avoid our own defeat as it all came crashing down in the finals against Columba. As the dreadful word “lactation” tolled out, we knew we had lost.

Despite this, the whole team had a great time and Logan Park came second overall and first in speaker points. Logan Park 1 was also the only team in the competition who had all four of its speakers in the top 10 speaker list: Connor Seddon – 2nd, Meran Campbell-Hood – 3rd, Jacobi Kohu-Morris – 5th and Helen Prime – 7th.

The LPHS 2 team also had a rollicking year, and despite being Year 11s playing with the big kids, experienced more success as the year went on. The regular speakers for this team were Oliver LaDell, Grant McNaughton and Jasper Holloway, who were grateful to Ruari Griffin for his help when needed. 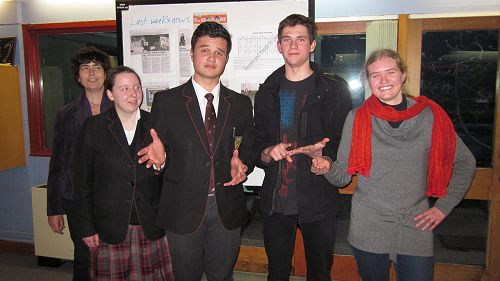 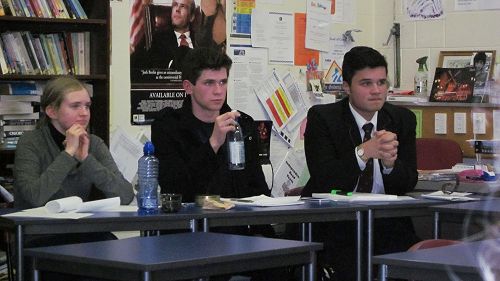