Jimmy Robinson and Luke Major returned at the end of July from their trip to the Globe Theatre with the New Zealand Young Shakespeare Company.

Both drama students were selected last year for the trip, along with 23 other top young actors in New Zealand to attend workshops and rehearse and perform Shakespeare's The Taming of the Shrew at the Globe Theatre, London. Both say it was a life-changing experience. Jimmy is our current Head Boy, and Luke finished Year 13 last year, and is now studying Theatre at Otago University. Read their accounts of their adventure below:

"From mid-July, I have had the privilege of travelling to London and Stratford-on-Avon with 23 other enthusiastic members of the New Zealand's Secondary schools Shakespeare Company, to perform a Shakespearean comedy at the London Shakespearean Globe Theatre.

Having only ten days to rehearse and prepare for our production of Shakespeare’s “Taming of the Shrew”, it was essential that we used every Globe Theatre workshop acting and direction opportunity. During every rehearsal and following each workshop, multiple new ideas and interpretations regarding our play would circulate around our company in a rush of hyperactivity in a rapidly shifting rehearsal process. The changes did however culminate in a fantastically professional and exciting performance!

During the time not spent preparing for our performance, we immersed ourselves in the performance culture of London and Stratford Upon Avon, seeing three Shakespeare plays performed on the Globe Stage, one play performed at the London National Theatre and two performed at the Royal Shakespeare Theatre in Stratford Upon Avon. These performances were of a calibre I'd never experienced, so to see such awe-inspiring performances further motivated me to present the best performance of “Taming of the Shrew” I could muster. The confidence that such a mindset gave me is indescribable and I hope as much was conveyed during our performance.

I have no hesitations saying that the trip was the greatest experience of my life so far. To represent both my school and country internationally at such a high echelon of Drama and to do so with twenty-three other teenagers with the same passion and performance drive as me, is nothing but a joy I know I'll carry with me forever. " - Jimmy Robinson

"Being selected as a member of the Shakespeare Globe Centre New Zealand Young Shakespeare Company for 2016 never really sank in until I stepped out onto that famous stage for the very first time.

As we listened to each other explore the acoustics with lines of verse, and looked out over Shakespeare’s Globe reincarnated, our chests swelled with pride; we were taking our place in a 400 year old legacy.

I was overjoyed to work with our director Tim Walker, his vision for our shortened version of the Taming of the Shrew was insightful, new and challenging. We were tasked with performing one of Shakespeare’s most complex comedies; it’s original humour not necessarily translatable to a contemporary audience.

Tim had created high expectations for our company but throughout the 10 day rehearsal period we proved how mature, sincere and focused we could be when tackling the play’s intersecting themes of gender, power and violence. I admired our analysis of the play, the perspectives we shared as a company and how we took them all on stage with us.

Going out to watch a production in London or Stratford-upon-Avon as a company, always guaranteed another breathtaking experience. They gave me greater insight into the theatre industry and opened my eyes to the possibilities of playing with the works of Shakespeare.

Emma Rice, the new artistic director of Shakespeare’s Globe has created a season of wonder; her fresh spin on A Midsummer Night’s Dream had me laughing, crying and gasping as if I’d never seen it in my life. To be a groundling at the very front of the pit only to have Puck kiss my friends and I mischievously was something I could never experience anywhere else.

The time we spent together as a company was so precious but I have never fallen in love with a group of 23 people in entirely the same way. I admired them as friends, as performers and as people. It was so uplifting to be around such like-minded youth; the adrenalin and passion we shared on that stage is something I will never be able to replicate.

I couldn’t face parting with London, my cohort of 23 or the life changing experiences I shared with them, but I’m back in Dunedin now, I’ve gotten over my jetlag, and I’ve never been more excited or more motivated towards pursuing theatre and it’s possibilities."  - Luke Major 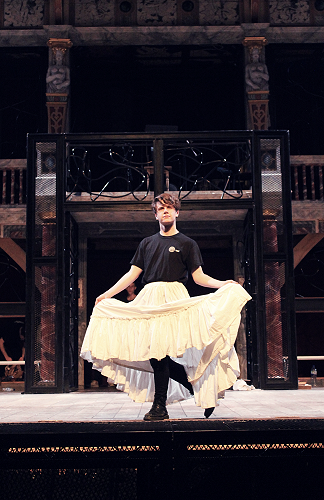 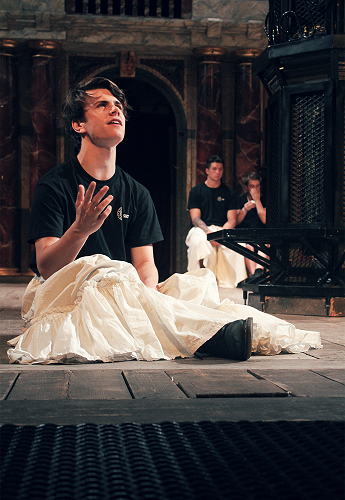 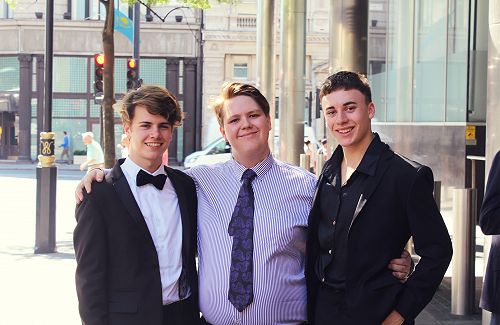 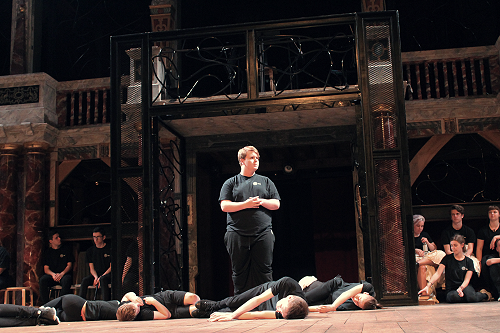