March Sports Round up

We had 28 students competing in the Otago Athletics Champs on 12 March.

Other recent highlights include outstanding results in Bowls, Surf-Lifesaving and Basketball.

Annie Kennedy Atchison continues to excel in Surf Life Saving after a long summer of training with her club St Clair. Over the weekend of 14 February she competed in the Otago Champs and placed top 3 in all her water based individual and team events. Near the end of February she competed in the 2 day Southern Region (South Island) Junior Surf Life Saving Championships where she won 2 gold, 4 silver and 1 bronze in water individual and team races. She says her proudest moment was winning gold in the Individual Diamond event - this is an "Ironman" type event where competitors have to complete a swim race, transition run, board-race, and a sprint finish. St Clair club dominated the event and took out the title of overall Top Club. This is Annie's last season as a Junior competitior. She has been in Juniors at St Clair for 10 years. Annie also competed in the Sprint Kayak Nationals at Lake Karapiro, in Hamilton and the Ocean's 16 - Junior Surf Life Saving Nationals at Mount Maunagnui in early March. The event had over 900 top 10-14 year old Surf Life saving athletes from clubs around New Zealand. They competed on sand and in the surf in a range of individual and team events. Preparation for this event includes competing in local and regional events, swim training each morning, and ocean based training each day for the six months of the surf season. Annie qualified for quarter-finals and semifinals in her individual events and her team won 7th place (64 teams) in the Board relay final.​​ Next year Annie moves up to the Senior competitions where she will add the new discipline of Surf Ski and have the opportunity to compete in Iron Man events.

Jonty Horwell continues to dominate in Bowls, winning an historic title. During the summer holidays Jonty won the Dunedin Open Singles and became the youngest bowler in the 109-year history of Bowls Dunedin to win a Senior Title. Jonty will travel to Hamilton in April to play in the Nationals. Jonty has been playing bowls for 7 years and is also a talented indoor bowler, winning the New Zealand Secondary Schools Single Title last winter.

Congratulations to Jaren Roy who is in the Otago Under 19 Men's Basketball Team. Jaren is also Head of Sports along with Erica Stedman and they have a team of Sports Prefects, along with the Sports Council to organise the many sporting events on the school calendar.

Our girls volleyball team played in the Otago Champs on 13 March and placed 7th out of 12 teams. This is good preparation for them attending the Satellite South Island tournament in April in Christchurch.

Our Acting Head of Physical Education and Health, Danielle Frost was in Auckland this month playing for the Otago Women's Basketball team, Goldrush. They won 3 out of 5 games which was good for a relatively new team.

The PE Department has organised a new coaching programme this year with senior students able to earn NCEA credits. 50 students are involved across different codes, working alongside Sport Otago. 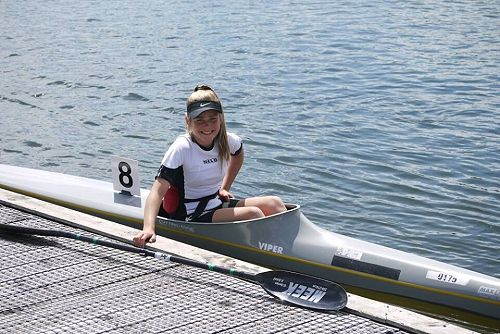