My Spirit of Adventure voyage

Earlier this year I was lucky enough to be able to fill a spot on the Spirit of New Zealand 637th voyage from Bluff to New Plymouth (682nm (1263km). Another Logan Parker by the name of Matthew Scadden was also on this voyage.

I was rung on my cell phone as I was just boarding my morning bus to school and to my surprise it was my mum saying that the Spirit office wants me to leave on a bus to Bluff the very next day. This may have been an odd stat to an adventure but what a great adventure it would be.

The Spirit of New Zealand trust requires all its ten day voyagees to be from 15-18 years old. I was 15 which meant I was one of the youngest aboard the ship, however I was not the shortest the skinniest or the quietest of the bunch. But that’s the thing about the Spirit, the thing that really makes the Spirit what it is, is that it doesn’t matter if you're tall or short or fat or skinny you’re still going to have to jump off the boat for a swim at 6:30 in the morning.

One of my highlights from the complete voyage was that we did a stretch of 36 hours nonstop sailing from Milford Sound to Tasman Bay. This included us forty trainees being split up in to four groups (starboard a/b and port a/b). I myself was in starboard a and Mathew in port b. Throughout this leg we had to do a 24 hour watch (3 hours on 9 off). I had the hours from 9-12 morning and night which was great because I got to see the sun rise over open ocean which stretched out as far as the eye could see on all sides (we were roughly 48 km off shore) and see the day descend into darkness. A  Night watch usually consists of boredom spattered with the occasional need for activity either to ease stiff muscles or to trim the main sail which can require up to 8 people. But all our watches always contained as much singing as possible. This we found was the only sure fire way to battle seasickness but since a random group of 10 people from all over the country never all knows all of a song, I imagine it would have been a sorry sound to any ears listening: the sounds of the breaking waves, the creak of the rigging and half a chorus of “I see red.”

Finally the voyage was coming to an end. We were tied up to the New Plymouth wharf having dinner in the aft cabin for the last time and I realised that these people around me were total strangers 9 days ago yet now we all know each other so well that it is hard to image a life without them. Yet I did go home and I do remember my fellow voyagees and I try to put a little of that friendship I created with them into everything I do every day of my life. Remember it’s not the journey; it’s how it affects your life afterwards that really counts. 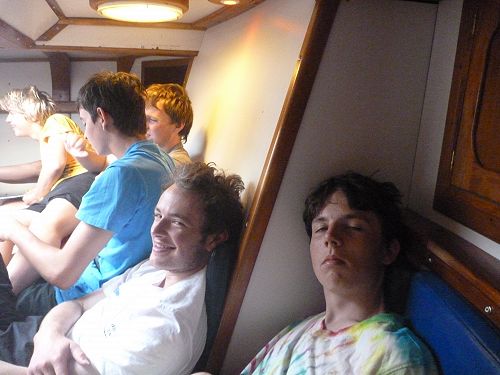 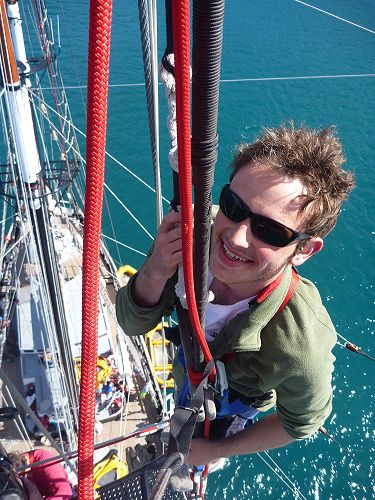 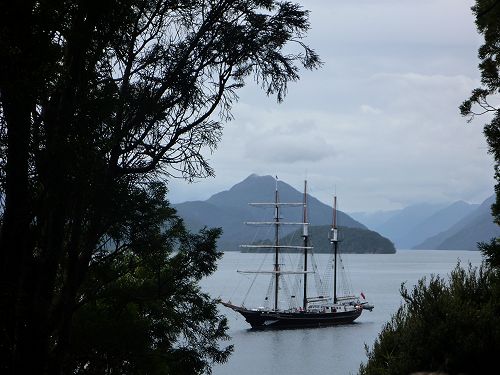