2013 has been another busy, successful year for the LPHS Science Department. In March LPHS hosted the NCEA Jumbo day, this was hugely successful and helpful in continued development of the new curriculum. Most schools in the Otago region attended this day and it was a wonderful opportunity to share ideas and resources.

We again offered students the opportunity to enter the ICAS (International Competitions and Assessments for Schools) exams. Our students found this very rewarding and it gave them an opportunity to hone their formal testing skills. This will again be offered in 2014. Keep an eye out for letters home early May.

Participants to this year's “Geek Camp”, or officially, the "Rotary Science Forum" in Auckland at the start of January were Charlie Ruffman, Jasmine Seifert-Simpson and Peter Barnett. This camp is run over two weeks at the Auckland University and is held for Science high flyers, it covers all aspects of Science and a good time was had by all.

A HUGE thank you goes out to the Molteno Family for the numerous reconditioned Microscopes they have provided. This has been especially appreciated in our Year 12 Biology course for the Biological drawing Internal Assessemnt.

October again saw the teachers of LPHS take home the OSTA (Otago Science Teachers Association) Science Quiz cup. This is the second year in a row and we are very proud of this achievement.

As in previous years, we took both the Year 12 and Year 13 students to the Portobello Marine Aquarium for an opportunity to work with real Marine Scientists. The lessons learned are invaluable and the feedback from these trips is overwhelmingly positive. We also took Year 13 students to the Biochemistry Department at the University of Otago for an intense afternoon's work in their high tech labs. And after attending a workshop at the Genetics Department in August, Mr Pirie and Ms Caulfield hope to be able to take Year 12s to the department in 2014 for some exciting new workshops. Dunedin Biology teachers were also invited to a lecture series from the Maurice Wilkins Institute and both Mr Pirie and Ms Caulfield appreciated to opportunity to be brought up to date with some very interesting and informative lectures. This valuable information was fed back in to the class room in the new Year 13 units.

Year 13 Chemistry students attended the University of Otago workshop series and thoroughly enjoyed the opportunity to work in their Labs. On 20 February they also attended a lecture by Nobel laureate, Roald Hoffman, his work is in Chemical bonding and his passion for the subject wowed both the students and Dr Thompson.

The 2013 ChemED conference was hosted by LPHS and the community of Dunedin wide Chemistry teachers had a rich and informative conference in the July school holidays.

Murray Thompson continues to be tutor to the Chemistry Trainee students from Otago University Teachers College. The department would also like to thank the trainee teachers that taught at LPHS this year as part of their practicum; your unique skills and hard work are very much appreciated.

Dick Pirie is again the lead tutor for the Chemistry Scholarship classes, hosting students from all over Dunedin each and every Wednesday of the school year. Good luck to all students in the exams.

" In Dunedin we met in Bruce McKinney’s legendary lab, which probably has more handcrafted and antique physics demonstration kit than any other in the world. The centre piece is his Newton’s cradle, made of bowling balls".  An appreciative quote from Kerry Parker, National Physics Coordinator, in a report on the Physics Cluster meeting which we hosted on the 15th of October. There was another OSTA cluster meeting held in late November.

Yvonne Caulfield continues to be a member of the Aurora Science Fair committee and Nick Biggin works hard with the Robotics club during the winter months.

Karen Daly, our superstar technician continues to support both the Science Department and the school at large and has recently been invited on the “Spirit of New Zealand”, setting sail in 2014. Watch this space for an update of her adventures. 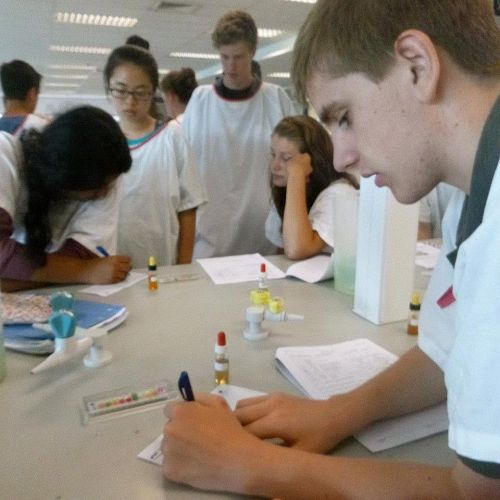 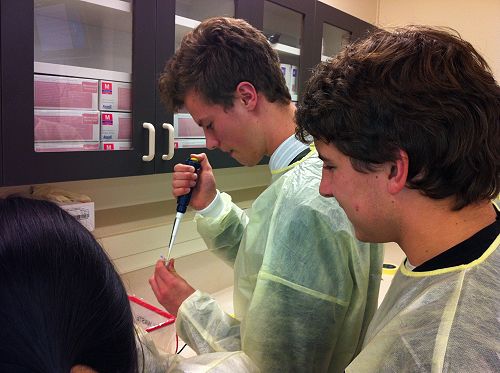 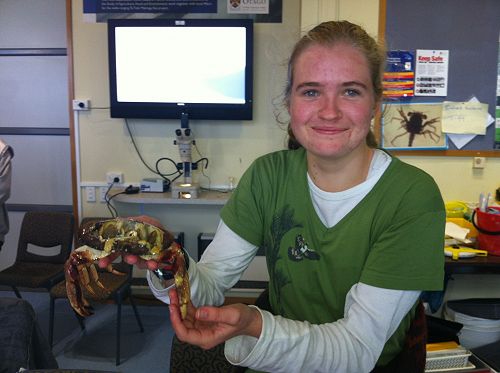 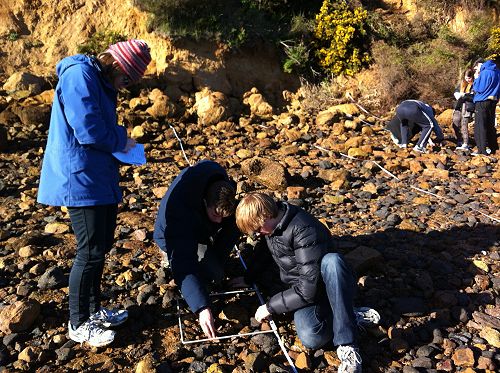