On the 17th of March, Year 12 biology students made their journey out to Portobello across the harbour from Port Chalmers.

After a late start from the bus and a squashed ride to Portobello we finally arrived. The view looking on to the harbour was spectacular with the early morning sun shining on it. After a few selfies with fish at the aquarium we began the day. We split off into two groups and began our adventure.

Starting the day off we got the exciting task of dissecting a New Zealand cancer crab! After Aidan breaking his crab apart instantly and a few white faces we learnt about the gas exchange system of the crab and internal gill rakers that help protect it. The other group went off with the instructor and had a look at the muscle and how its food groove worked. We also had a look at phytoplankton and how it equates to over 70% of the world’s population, then the groups swapped over, after a quick snack we got back to work and collected data on the distribution of species up the rocky shore from Portobello. After a gruelling process of counting each species in our quadrant we staggered back up the hill to the aquarium and had lunch.

We were then back into groups again, this time we were dissecting a dogfish shark. Georgia had a few kisses with her baby shark before we got down to business. We had a look at the gas exchange system again and discussed how it works. If we weren’t awake after our dissection we sure were going to be after our next task. Tess, Saskia and Ezra our lovely volunteers got a rewarding task of holding their head under ice cold water for 15 seconds. The purpose of this was not to have a laugh like most of us did but to test the mammalian dive reflex in our body. After our hard day we had a quick recap, took more selfies with our fishy friends and said our goodbyes.

On the 18th of March we hustled our way to the best seats in our double decker bus and drove to Warrington Beach. Once we were off the bus we got straight to work again. We grabbed all the equipment we had supplied and made our way to the rocky shore of Warrington Beach. In our groups we set our measuring tapes out and prepared to start collecting our data when a swarm of smurf-hatted Warrington primary students invaded our rocky shore. The weather was beautiful in our smurf village and made a great day out for collecting data.

I know everyone thoroughly enjoyed our two day outing and learnt a lot. 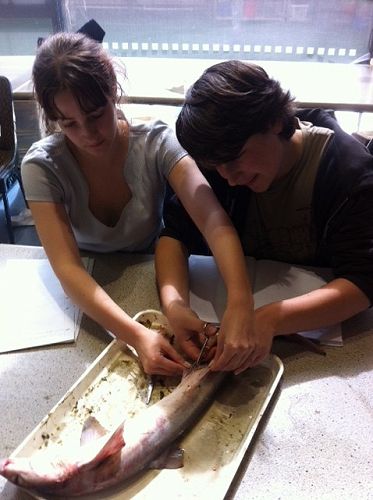 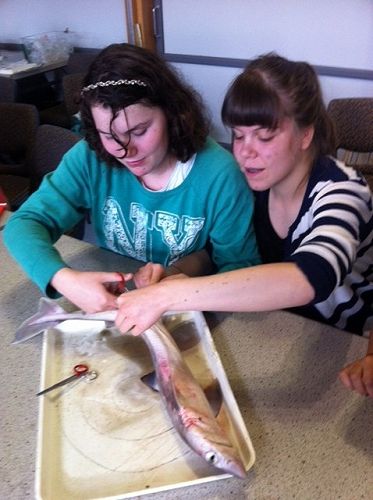 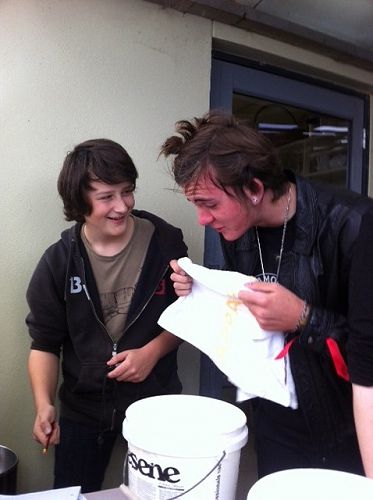