What IS This Thing Called Equality?

The Dunedin Branch of the National Council of Women held the popular Dawn Ibbotson Essay Competition, in honour of life member Dawn Ibbotson, in May, with Logan Park’s Rosa Miller taking out the top prize this year.

The topic chosen for this year’s competition was “What IS This Thing Called Equality?”

Rosa was awarded $500 for first prize, with second prize at $250, third prize $125, Highly Commended $50, Commended $25. Rosa’s winning essay was published in the Otago Daily Times Opinion Page and the National Council of Women NZ Circular. The abridged version of Rosa's piece that appeared in the ODT on 18 June can be found here:

Rosa’s essay is a fierce, eloquent, and examined piece on the notion of equality today, and what it means for women in general, as well as women who are further marginalised and face multiple layers of subjugation. She leaves us with a hopeful note of what grassroots movements and an intersectional understanding and reasoning to inequality can do to deal with in the inequities women encounter daily:

Grassroots movements have arguably achieved most of the progress toward greater equality over the last hundred years. Intersectional approaches within grassroots movements enable us as individuals and members of a collective to learn about the lived experiences of others, making it less likely that we will seek ineffective one-dimensional solutions to complex problems. So, what is equality? Equality is something to strive for. It may seem ephemeral and sometimes a lost cause but in reality, it is limitless, meaning that there is infinite room for improvement and reformation of our definition of ‘equality’. To quote Gloria Steinem a second time: “We need to remember across generations that there is as much to learn as there is to teach." Through collective action and awareness of the complex struggles of those 17 surrounding us, true social equality can and will be achieved.

(see below for Rosa’s complete essay).

What IS this thing called Equality?

When I think of ‘Equality’ I immediately envision a world where feminism – ‘the advocacy of women's rights on the ground of the equality of the sexes’[1] – has done its job and advocacy is no longer needed. From my position as a pakeha teenager living in the South Island of Aotearoa, the fulfillment of this simple definition is all I need to level my social status and power to a position equal to my male pakeha counterparts. However, simple definitions no longer cut it in a globalised world where power is contested along multiple fault lines.

‘Equality’ is defined as meaning ‘of the same amount, quantity, balance’.[2] People are not all the same and don’t all want the same things so what IS this thing called Equality? Genuine equality is not simply a set of scales we have been tasked to balance. Instead it is a malleable and often intangible ideal that all people are equally important, and should have an equal right to fulfil their potential and pursue their own ends. To achieve it we need to consider a huge array of individual experiences and circumstances.

Intersectionality is a crucial element of third wave feminism[3]. The term ‘intersectional feminism,’ coined in 1989 by American civil rights activist and scholar of critical race theory, Kimberle Williams Crenshaw, is now commonly used by feminists to describe the importance of considering all the layers of oppression and subjugation that any individual might face as a result of their identity.[4] In my opinion this is one of several tools needed to take on the herculean task of levelling the playing field and moving towards genuine equality.

Any movement designed to help people by delivering greater equality can benefit from an intersectional approach which takes account of collective societal prejudice, recognising, for example, that status within western society is harder earned by a gay black woman than a straight white woman. Only if we acknowledge multiple layers of prejudice can we attempt to solve the issues that create inequalities. The diverse range of identities present in western society today are not reflected proportionally in the media, an industry predominantly owned by wealthy white men. Intersectionality focuses much needed attention on the LGBTQ+ community, the working class and those from a non-white ethnic background. It is a mechanism that makes grassroots movements accessible to those who are in the most need of them. When it comes to achieving equality a ‘one-size-fits-all’ approach is not useful. In the words of American feminist, journalist and political activist Gloria Steinem:

‘Feminism has never been about getting a job for one woman. It's about making life fairer for women everywhere. It's not about a piece of the existing pie; there are too many of us for that. It's about baking a new pie.’ [5]

Take the gender pay gap, a notoriously complex economic conundrum, as an example of inequality best scrutinised from an intersectional approach: in North America, for every dollar a white man earns, white women earn 77¢, African American women 64¢ and Hispanic women 56¢.[6] These statistics are unadjusted, meaning that differences in hours worked, occupations chosen, education and job experience are not taken into account.[7] Adjusted statistics show that women in the United States earn 80-98% of the average male salary.[8] Many would reconcile these adjusted statistics with ‘equality’ or ‘close enough’. Contrary to this, I believe it is necessary to consider why factors such as occupations chosen, education and job experience result in a notable deficit of revenue for women in the workplace and even greater deficits for women of colour. Researchers attribute this to the still widely-held cultural expectation of women as the primary caregivers within their family unit. Starting a family can slow down women’s careers as they take time off work, refuse promotions, work shorter hours, earn lower salaries and accrue less superannuation in order to care for children. To tackle the gender pay gap, we must confront ingrained stereotypes and expectations that limit individuals from pursuing the life they wish to lead. And why, even with adjusted statistics, is there still a deficit in women’s salaries? This can be accounted for by subconscious bias that deters women from negotiating higher salaries or putting themselves forward for promotion. Sexual harassment is another factor that contributes to pay inequality. A 2003 study found that roughly 75% of women who reported workplace sexual harassment faced some form of retaliation for it.[9] These statistics corroborate what many women in employment already know: sexual harassment[10], not only reaps harmful emotional and psychological consequences but also hurts women’s career prospects.[11] Sometimes, women are simply underpaid, and this is especially the case for women of colour. An example of this made headlines in 2018, when actress Jessica Chastain realised that she was earning less than her male co-stars but considerably more than her African American female co-star, Octavia Spencer. Chastain commented publicly on the situation, stating:

‘When I discovered that [Octavia Spencer had been underpaid for so long] I realized that I could tie her deal to mine to bring up her quote. Men should start doing this with their female co-stars.’

‘Fast forward to last week, we’re making five times what we asked for…..And now I want to go to what the men are making, but right now it feels really good just be in that conversation.’ [12]

We cannot afford to leave the task of creating an equal society with governments that have exacerbated rather than mended the staggering craters in the fabric of western society. In Northern Ireland and some American states, women can be charged with murder for seeking an abortion even in harrowing circumstances such as the rape of an 11 year victim.[13] The idea that we have already achieved equality and can progress no further is clearly false when those who make the laws are not also subject to them. This was recently epitomised when conservative American states introduced legislation in direct conflict with Roe vs Wade, the US Supreme Court’s 1973 landmark decision protecting a woman’s right to choose to have an abortion.[14] In Alabama, where women make up 51% of the population but only 15% of the legislature, every single lawmaker who voted in favour of the country’s most restrictive abortion bill (making no exemption in cases of rape, incest or extremes of age) was a white male Republican.[15] Many have referred to the bill as a direct assault on women and liberty, emphasising the absurdity of those who can never be pregnant making laws that police pregnancy.[16]

Grassroots movements have arguably achieved most of the progress toward greater equality over the last hundred years. Intersectional approaches within grassroots movements enable us as individuals and members of a collective to learn about the lived experiences of others, making it less likely that we will seek ineffective one-dimensional solutions to complex problems. So, what is equality? Equality is something to strive for. It may seem ephemeral and sometimes a lost cause but in reality, it is limitless, meaning that there is infinite room for improvement and reformation of our definition of ‘equality’. To quote Gloria Steinem a second time: ‪

We need to remember across generations that there is as much to learn as there is to teach."[17] Through collective action and awareness of the complex struggles of those surrounding us, true social equality can and will be achieved.

[3] Some advocates refer to our current feminist culture as a ‘fourth wave’, separate from the third wave which began in the early 1990s.

[10] Sexual harassment is a relatively common experience faced by an estimated 25-85% of women in the workplace. 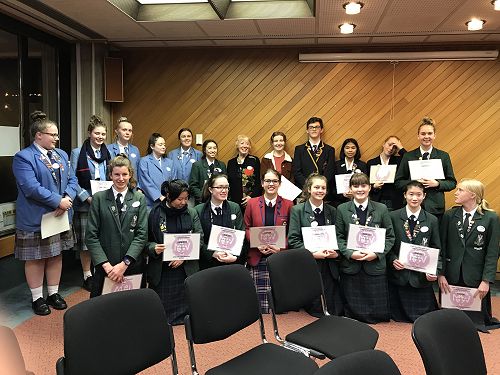 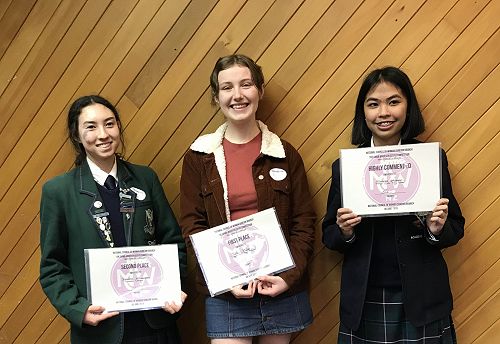 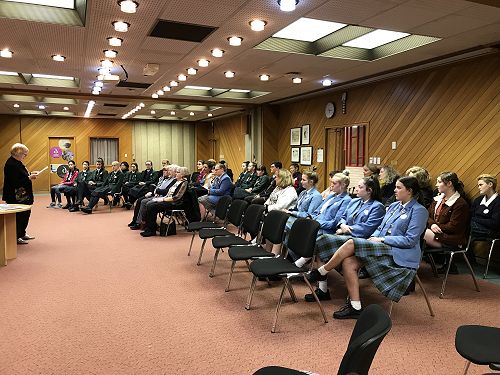