Congratulations to Nirvana Hepi-Breen who won a bronze medal in discus at the NZ Athletics Champs in December.

The New Zealand Secondary Schools Athletics Champs held in Dunedin was a highlight for our team of athletes.

Young Nirvana Hepi-Breen (13) will be one to watch in the future with strengths in shot put, hammer and discus. Nirvana earned a bronze medal in the discus throwing 33.88m. There were 22 competitors in the event. In hammer she was sixth and this was her first time competing in hammer throwing 36.36m, Nirvana also finished in the top eight in shot put. Nirvana will have 2 more years competing in the junior age group so is looking very promising.

Zack Hibbert placed 6th in Junior Hammer throwing 35.4m. He was the youngest athlete in his event and again is looking very promising for the future. Rebecca Dalphin ran a strong race in a very competitive field and is continuing to impress. 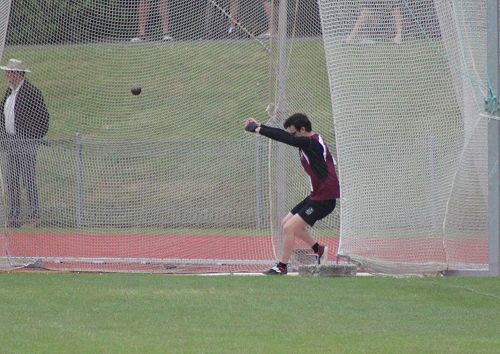 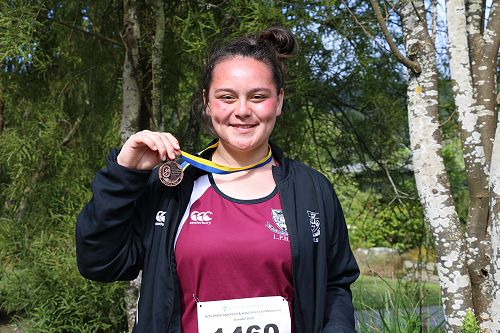 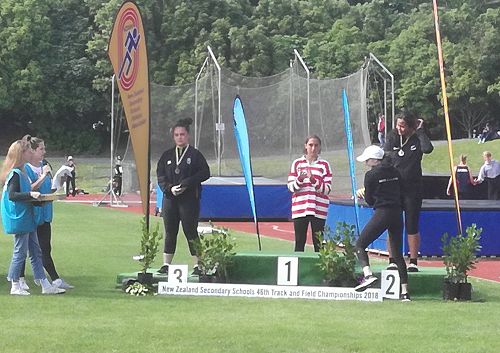