Congratulations to all of our students and teachers involved in the Science and Technology Fair in August.

Sophie Sun won one of the top 9 Premier Awards: the Otago Institute of Arts and Science General Excellence Award for "Our shaky isles....not just the beginning."

Karl Brinsdon won the Dodd-Walls Centre for Research Excellence Award for Physics Related Projects and an Aurora Award for Excellence in Energy Research for his project based around a guitar amplifier.

And Talia Stuart Year 9 also won an award in the junior section.

In other Science news, the following students excelled in the ICAS Science competition coming in the top 1-5% nationally. 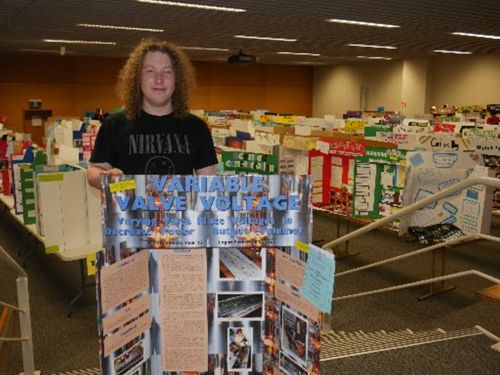