2018 was a very good year for Chess at Logan Park. Historically the school Chess Club has met just on Friday lunchtimes but this year seemed to be every interval and lunchtime, mainly led by the Year 10 students.

Three events were officially on our calendar.

We had 3 teams competing in the Otago / Southland Interschool Teams Chess Tournament. The event lasted for 6 hours in which time each player played 7 games.

The Logan Park A team finished 3rd equal and needed a quick-fire tie-breaker round against Kavanagh, that they won to confirm their 3rd play overall. In doing so the team has qualified for the South Island Champs in September. The B team and C team finished 9th and 11th respectively in the 14 team tournament. This was the first year that we have entered 3 teams in this tournament.

This was held in Ashburton during tournament Week. The teamof Joe, Lindsay, Paxton and Xing performed extremely well finishing 4th overall out of 6 teams.

This was an individual tournament where players were split into 2 sections and everyone played everyone in their section before semifinals and a best of 3 Final. Paxton won the Final against Xing to take the trophy for Logan Park Junior Chess Champion. 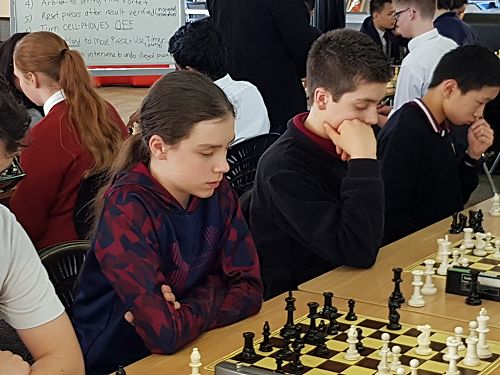 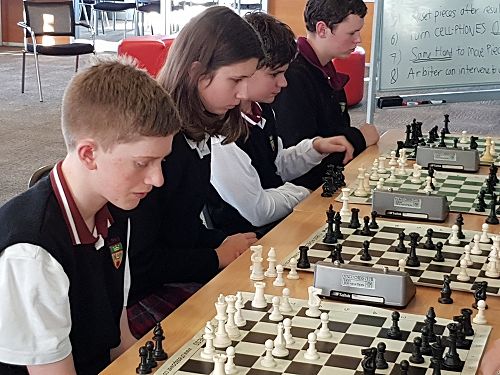 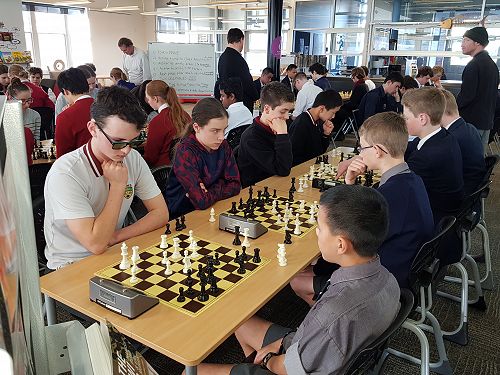 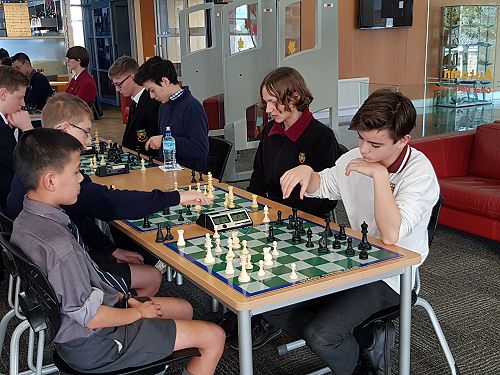 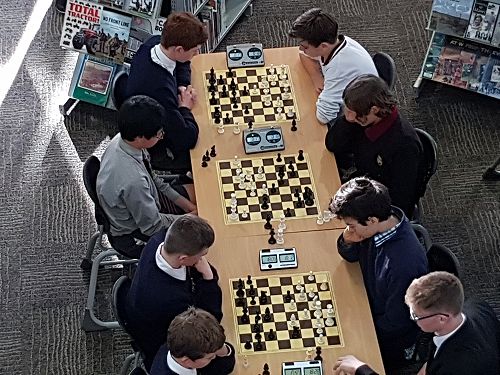