Shima and Darcy have been selected as two of the four pupils chosen nationally for the NZ Society of Authors Youth Mentorship Programme.

Friends get Writing MentorshipSomewhere along the line, Shima Jack and Darcy Monteath started doing everything together.

The 18-year-old writers from Logan Park High School in Dunedin run a writing club, help publish an anthology of work from pupils and take the same University of Otago English class together.

Their birthdays are only one day apart, but the similarities do not end there.

The pair have each individually been awarded a mentorship with the New Zealand Society of Authors, taking two of the four awarded nationally.

Shima said the mentorship would see them working with professional authors on a project for a total of nine hours across terms 2 and 3, but it was more focused on helping them develop as writers.

She wanted to work on accurately depicting an emotion or image in words, which she struggled with almost every time she wrote.

Darcy said she wanted to spend the time working on finding her voice in her writing.

She always wanted to write things that were close to her heart, but sometimes struggled with finding a style.

She could not imagine what it was like to go through it alone, as the pair had worked on their applications together and leaned on each other when they struggled.

They had known each other since primary school and it was hard not to be friends with so much in common, she said.

Both of them wanted to continue with writing at a higher level after finishing school and were having a sample of tertiary education with the University of Otago paper they did, but no decisions had been made as to where or what they would study.

Shima said that no matter what they did, writing would always be part of their life. 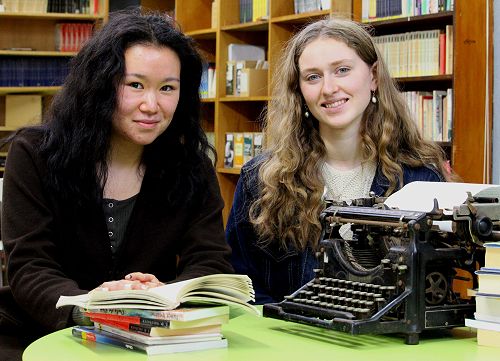 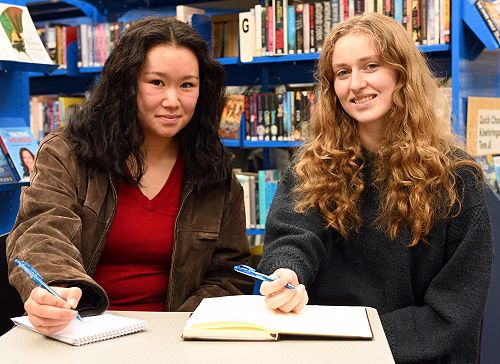