Cricket continues to go well at Logan Park High School. This year we farewelled Matthew Cowles as team captain and player over the last five years. He ended the season with a great win over the Kaikorai womens team at Chingford Park in late March.

We started the Term Four season with four games in the McCullum Cup over Labour weekend. This was a great tournament for us as we beat John McGlashan in the first game and then went on to beat South Otago convincingly in the second. Otago Boys were too strong for us in the third match and the last game against Wakatipu came down to the last over with a narrow loss.

On Saturdays the team has been playing in a tight four team competition with Otago Boys and John McGlashan Colts. All the games have been close and one match even came down to a tie with scores equal after the last ball.

New players to shine this year are Floriaan Keenan, a classy swing bowler and technically strong batter, Conor Hobbs, our back up keeper and pinch hitter and Ramon Quennell, a lively pace bowler. Our new captain Kieran Graham, ably assisted by Alex Parkes and Ethan Lambeth have helped create a great team spirit.

Loek Van Broekhoven has impressed with his increased speed in pace bowling after extensive winter coaching and Dominic Windle’s left arm opening bowling has given us strike power in the opening overs. Bruno McMillan has scored freely in most games and been our best batter.

We are close to having a second team play on Wednesdays in the future as numbers continue to grow and look forward to 2022s year 9 new players.

Next year all players are returning so the team will have a very steady look about them and they will be a year older and wiser. 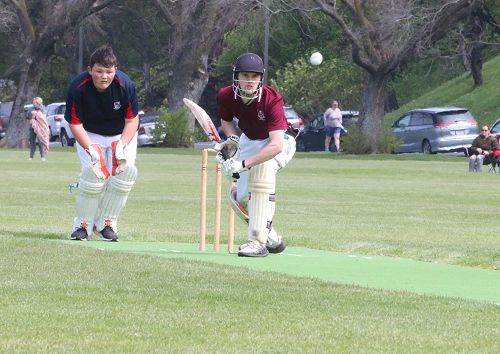