Our one act play thespians dominated in the Otago Theatrefest competition this year.

The Raft of the Medusa is an excellent example of "artistic excellence that makes the world sit up in wonder!"  according to the local theatrefest adjudicator.

Best use of Technologies

Starting with Year 12 drama physical theatre devising in 2020 and deeply rooted in art history, we created a piece that captures the cannibalistic nature of capitalism. In 1818 Theodore Gericault created a romantic painting called ‘The Raft of the Medusa’ capturing the horrific crashing of the French Naval ship the Medusa. Due to the incompetency of the bourgeoise Captain 150 lower class passengers were left at sea to eat one another while the upper-class passengers were sent back to safety. Thank you so much to our drama teachers for giving us the opportunity to create such exciting theatre.  Inspired by workshops with Alice from Zen Zen Zo and with the conventions of Brecht, Butoh and Artaud we created theatre that broke the fourth wall and confronted the audience on the ethics of the class system.

I was honoured to get the opportunity to direct and act in this piece and would like to thank our incredible actors -Zack Hibbert, Marcus Davidson, Floyd Hurley-Parry, Qrowe Brittenden, Oisin Benn, Mira Wallace and Charlie Goldsmith for all the hard work that they put in. We also had some amazing work by our technologies crew to create an awe-inspiring atmosphere by Year 11 student Millie Todd who is part of the AV crew and is the head of the microphone department for Tairei Musical alongside Bambi Throp in Year 13 drama who has been involved in technologies at the Globe theatre.

Sadly the level 4 lockdown during Term 3 prevented the Theatrefest competition from going to a National level but the Raft of the Medusa is now being drafted as a video to be sent as an education resource for drama students across the country. 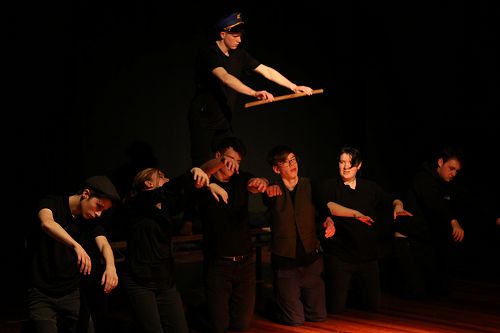 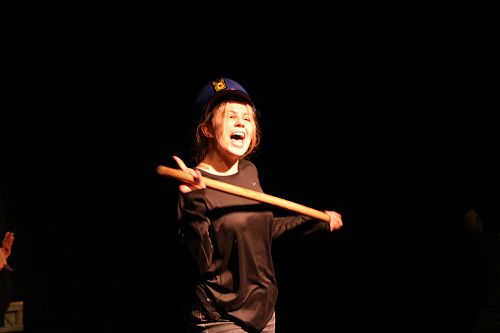 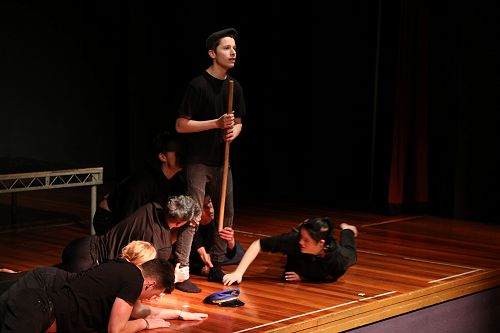