Our Senior A Boys team competed in the nationals in Wellington in April.

Our Logan Park Senior A Boys team once again made the journey up to test our skills on the national stage. Simon Fraser managed the team, with Mr Govan as coach, with a solid team of: Jaime and Matt Fraser, Walid Ouhassine, Taddy Kleffmann, Ethan Lambeth, Jack Ta, Connor Stephenson, Ben Devereux, Marcus Read, and our captain Harry Major.

We started our trip off with an educational experience at Parliament, watching National heckle Labour during their question time. The following day our tournament began, with a tough game against Cashmere High School. We opened the scoring through Marcus Read, but went on to let our nerves get in the way, losing 9-1. Our next pool game was against Hutt Valley School, which we had a lot more success with. We went 3 nil up, only to let them back in the game and end up losing 5-4.

Our next pool game was against Onslow College, which we battled well in and had our chances to go comfortably ahead, but again lost, getting beaten 5-3. Our final pool game was against Havelock North High School, who were top of our pool. We once again opened the scoring through Marcus Read and held them off deep into the second half. Unfortunately, they scored in the second half, but we held them off, even creating our own chances, to finish the game with an ecstatic 1-1 draw.

Unfortunately, our winless pool games gave us bottom spot in our pool, not letting us achieve any more than 33rd position. Our next game was against Rototuna, who were more our match and ended with a 1-1 draw, only to lose on penalties at the end. In what was to be our final game, we comfortably beat Rangiora 2-1, showing some flair and solid futsal play. Mount Albert Grammar didn’t show for their final game, giving us a spot close to the bottom of the table.

Despite our final position, our pool games were all very evenly contested, showing us that we can compete on the national stage against the top teams. Tauranga beat Wellington College in a fantastic 6-4 win in the final, inspiring the boys to continue playing futsal.

We all had a great time and look forward to our next adventure to the tournament. 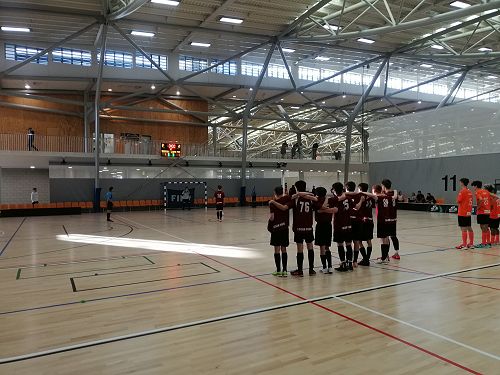 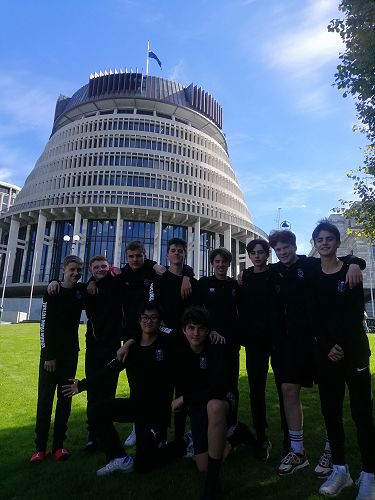