Students produced some fantastic scrolls featuring, variously, the opening pages of the Latin translation of Harry Potter (Harrius Potter et Philosophi Lapis), students’ own stories in Latin, and lists of spells. These showcase the skills of some amazing budding calligraphers and artists, who did not wish to have their faces depicted in the photos. Next came food: pictured is Sophie Davison’s batch of Crostoli – a deep-fried, sugar-dusted pastry that was a hit with the class. Other contributions included mock-snails made from pasta shells, coriander and feta salad, and flatbreads. Also featured are illustrations of Hercules’ labours from earlier in the year. Finally, we rounded off the year with a gladiatorial contest. 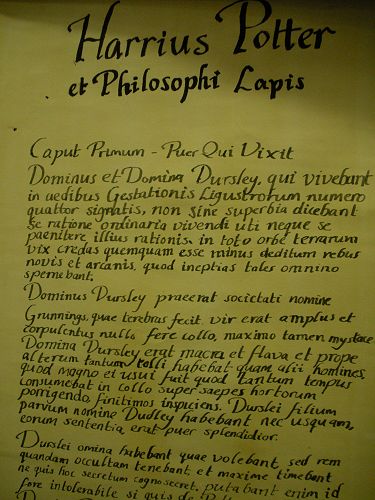 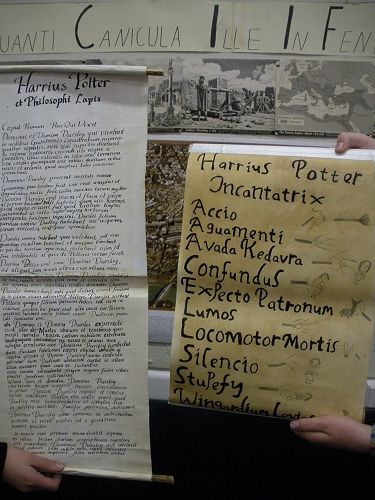 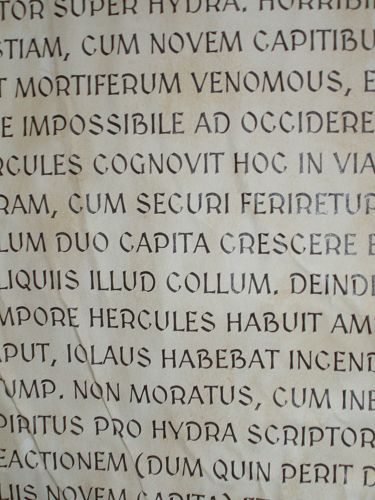 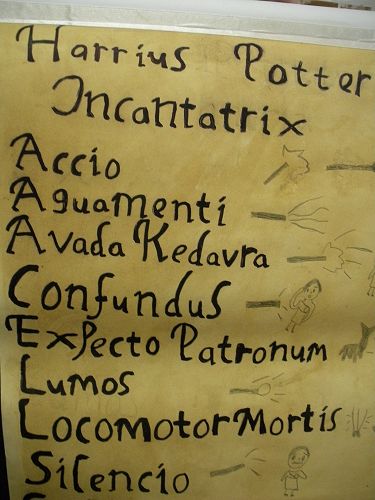 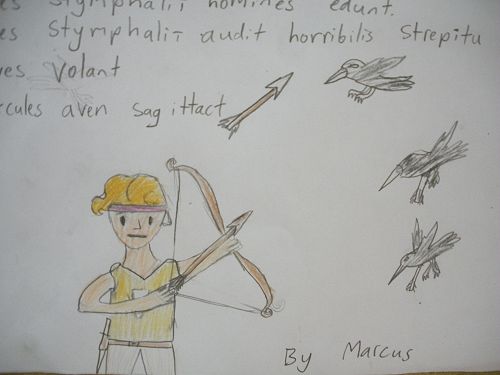 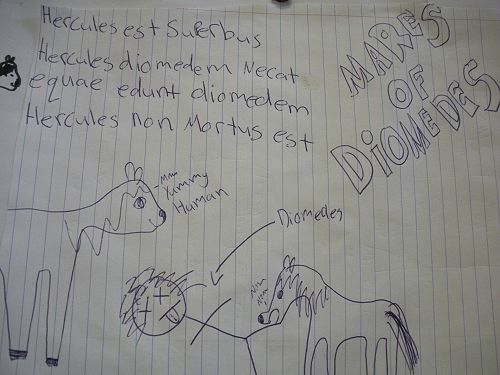 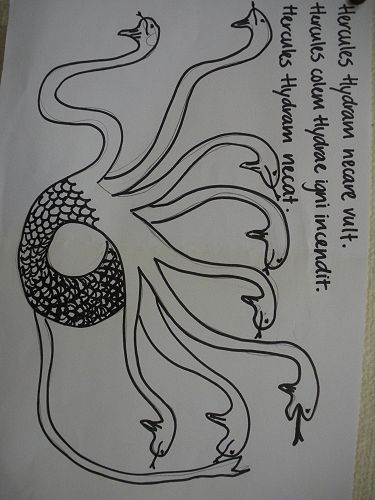 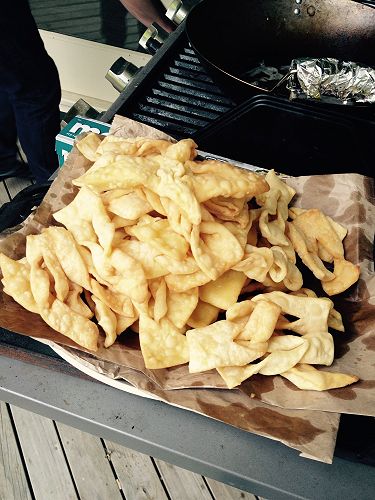 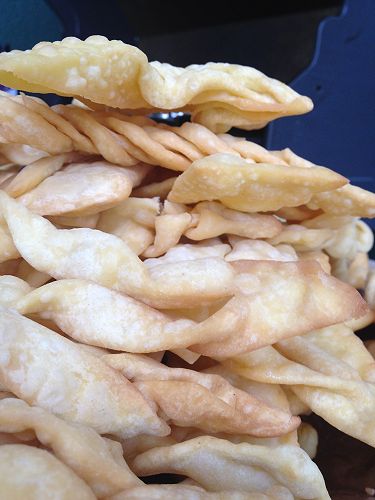