We've had a great year of Volleyball. Several teams competed throughout the year and improved substantially while having a great time.

During volleyball this term we have learnt new skills, for example over arm serving. The team had new coaches this year, Erica and Kate who were Year 13 last year have been helping us develop our skills and team work. With there help we have improved since the start of the season. We have had two new team member join since last year Leilani and Poppy, they are a great asset to the team. As well as some of our year 10 that have been supportive and hard working (Isabel Townsley, Stella Dickie, Amelia Chang, Aliana Lewis, Esther Tamati, Mae Rose-Wills). It has been a great term of volleyball and we hope to have an even better season in term 4.
Written by Amelia Chang

Volleyball this term has been very fun, whether you were playing in social or in competitive. Over the term all teams have learnt a wide range of skills that have helped them improve in their ability to play. Some games we lost and some games we won but the main point was to have fun and learn from our mistakes. I played in the Junior and Senior A’s, this gave me opportunities to play in both higher and lower division, experiencing different playing skills. Volleyball has been a lot of hard work but lots of fun, I look forward to the next season and playing with my team again.

This term the Senior Girls Volleyball team had a pretty successful season. We had a team of girls with mixed abilities, some who had been playing since year 9 and others who had only just joined us at the beginning of the season. During the season we won most of our games, drew 1 game and lost 1. Over the term this saw quite a lot of improvement for our team, and everyone learnt a lot from one another as well as seeing a great improvement in everyone's skills. We all learnt to work together as a team and were able to make some new friends. The team consisted of Briana Buijck, Becky Marks, Alice Houston-Paige, Piper Hathaway, Evie Freeth, Morgan Koykka and Aline Nadig. Can’t wait for a great season in term four!

Junior A Girls Volleyball  This season the Junior A Girls Volleyball team played in two competitions each week, the Senior Competition on Monday and the Junior Competition on Friday nights. The team competed with teams full of students up to three years older, really showing their skills and developing into a cohesive unit. Along side usual competitions they also attended three tournaments. We attended the Otago Champs Volleyball Tournament in Dunedin. This was a two day tournament to qualify for Junior Secondary School South Islands. The weekend provided some challenges, particularly mentally, but the team won one game, with a close battle against Bayfield High School. This was great preparation for the SISS Champs a couples weeks later.
We traveled to Christchurch at the end of November to compete in the SISS Junior Volleyball Tournament. We came 4th in our pool and finished 8th in our division. Day one started well, with some challenges to overcome at times. Day two the team successfully won 2 games versus OGHS and Burnside High School. Through out the whole tournament the whole team made massive improvements. We developed increased confidence in ourselves and each other, had increased mental toughness during challenging games, we improved our serving and our volleyball knowledge. During our downtime we did lots of fun activities, we visited Margaret Mahy Park and went swimming. We had wonderful weather causing sunburns and tans. Leading up to the Christchurch Tournament we did lots of fundraising like we sold toilet paper and paper towels, had sausage sizzles and did bake sales. Along with all of the fundraising we also received support from the student council. One of the highlights of the season was beating rivals Bayfield High School. After close games all season, we beat them 2-0.

This season was a very successful season for the Senior Social Volleyball team, winning all our games.

During the season we came up against some tough competition especially against Taieri College, but we managed to work together as a team and still come out with a win. This season for me was one of the best seasons I’ve had since year 9.

Getting to meet some pretty cool people and make some new friends was definitely one of the highlights for me, from both Logan Park and our opposition.

We had a mixed team this year of both females and males. The team consisted of Briana Buijck, Lena McNaughton, Emma Kuparinen, Finn Lillis, Joe McKee and Morgan Koykka. Thanks for a great season guys! 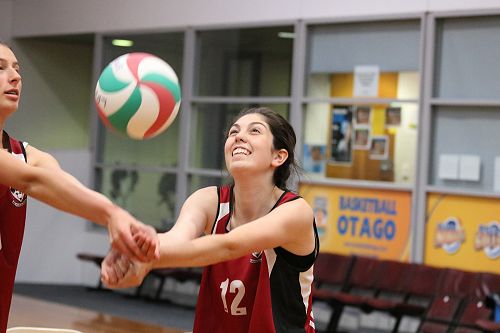 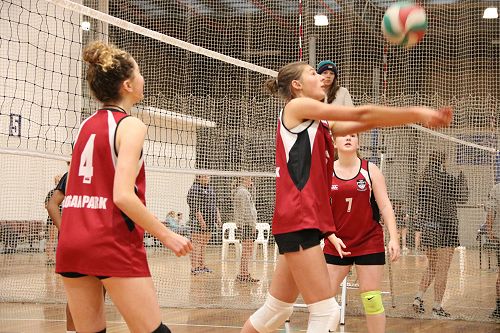 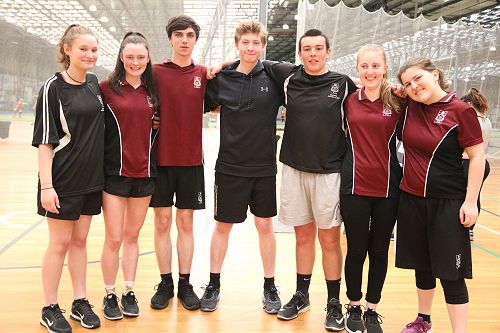 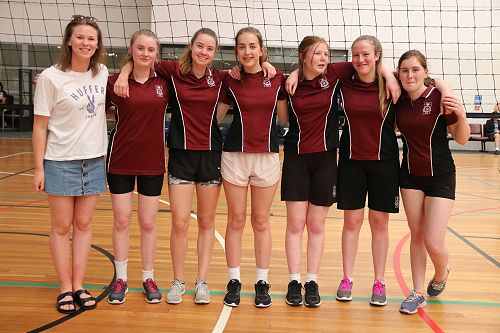